Blanche Lazzell, an early 20th-century innovator, steps into the spotlight.

June 13, 2002
comment
From Paris to Provincetown: Blanche Lazzell and the Color Woodcut Cleveland Museum of Art, 11150 East Boulevard Through July 28 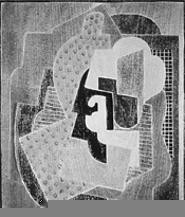 The self-proclaimed spinster from West Virginia wasn't sexy, and neither is her artwork. Her color woodcut prints of flowers and abstract images don't pulsate with vaginal voids or phallic protuberances; they sing with color. And no lover took semi-nude photos of her cocooned in bedsheets.

Maybe that explains why Blanche Lazzell -- who probably created the earliest nonrepresentational prints in America -- has been a shamefully neglected modernist, while her contemporary, Georgia O'Keeffe, became the mythic female artist of the 20th century.

Lazzell lacked a spouse of Alfred Stieglitz's stature, but she wasn't short on talent. From Paris to Provincetown: Blanche Lazzell and the Color Woodcut, organized by Boston's Museum of Fine Arts and now on view at the Cleveland Museum of Art, showcases 123 works, including 50 of Lazzell's radiant woodblock prints, as well as preparatory charcoal drawings and a few oil paintings and pencil drawings.

Though the exhibition spotlights Lazzell's groundbreaking art, it doesn't explain why this accomplished, independent woman has been so ignored.

Born in 1878, Lazzell was a perpetual student who took classes, well into her 60s, taught by now-legendary artists. She graduated from West Virginia University at age 27 with a degree in drawing, painting, and art history -- a coup for any woman at the turn of the century. She then moved to New York City, studied with the famed American Impressionist William Merritt Chase, and went abroad, eventually settling in Paris. As WWI loomed, she returned home and, in 1915, began working with a group of Provincetown, Massachusetts artists who were pioneering an innovative technique used to create color woodblock prints. The "white-line" woodcut or "Provincetown Print" would prove eminently suited to Lazzell's talents.

Her peers were inspired by Japanese color woodblocks (called ukiyo-e), but also frustrated by this time-consuming tradition of carving a separate woodblock for each color in a print. One artist, B.J.O. Norfeldt, simplified the technique by carving grooves into the block to separate areas of color, then separately inking each raised area. The groove was not inked, so the white of the paper acted as an outline around the colored shapes, like a piece of stained glass with white outlines (instead of black). Though Norfeldt invented the technique and other artists used it, Lazzell became the expert. The portion of the exhibit devoted to works from nine other Provincetown artists underscores Lazzell's superior talent. Her prints eclipse the others in their clever composition, expert use of color, and adroit carving.

Oddly, Lazzell's magnum opus, a woodblock print called "The Monongahela," was cut in 1919 at an art colony in Woodstock, New York, not in Provincetown. A sweeping view of the serpentine river as seen from the hills of Morgantown, West Virginia, the nocturne shimmers with daubs of impressionistic light and flows with the curves of the hills and river. Four prints made from "The Monongahela" woodblock over a 20-year period each have different color schemes.

Lazzell's work would always be informed by the tilted perspective, silhouettes, diagonals, and decorative patterns of ukiyo-e, and the use of bright, bold color, inspired by Fauvist painters like Charles Guérin (with whom she studied in Paris) and Henri Matisse. But it was during an extended stay in Paris (1925-'26), when she studied with Cubist painters Fernand Léger and Albert Gleizes, that Lazzell developed the formal vocabulary of her mature style. Two prints of "Abstraction A" (also called "Abstraction No. 1"), cut and printed in 1926, show the impact of her teachers' Synthetic Cubist style.

Lazzell was preoccupied with interaction of color and form on a surface, not the illusion of depth or volume. The woodblock print became the perfect medium for exploring color variations in one composition. A strength of the exhibition is that it reunites from private and public collections prints made from the same blocks and allows the viewer to see how different color juxtapositions can produce striking variations in the same composition.

Lazzell carved 138 woodblocks in her lifetime (and made about 550 prints), and we get to see a dozen or so (some carved on both sides of the block). Safely resting in glass cases, they are still saturated with the vibrant water-based inks she used. "I consider them my most valuable possessions," she wrote of the woodblocks in 1940.

Also on exhibit are examples of Lazzell's foray into the Arts and Crafts movement, including two rugs, painted china dishes, and a wooden box, which swirls with brightly colored biomorphic shapes. Its color and design so presage the psychedelic poster art of the 1960s that one expects to see a lava lamp and a roach clip nearby.

The funky box created by the polite Southerner hints at stories waiting to be told about its creator -- a woman who helped introduce modern art to America, but has yet to get her due. One hopes she'll soon join O'Keeffe in the pantheon of great American artists. Feminine mystique sells, but so should straight talent -- without the spin.