After four years of touring, Tech N9ne recharges on Everready. 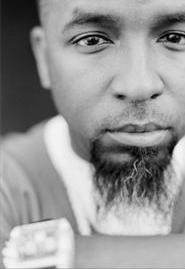 Tech N9ne ain't looking real wild these days. Gone is the signature explosion of spiked, red-dyed hair -- a look inspired by the rapper's long affair with the drug Ecstasy.

"It was getting to where I was looking like a stupid clown," admits Tech. "If I would have known how much female attention this would get me, I probably would have cut it a long time ago."

Despite his altered appearance, Tech N9ne devotes more time than ever to his music. He might call California home, but Tech tours nonstop, especially for his new disc, Everready. According to the rapper, he's "married to the road" -- something his fans, known as "Technicians," truly appreciate.

"My fans give a fuck enough about my life to go pay for a CD or buy a ticket, so I can take care of my children," he acknowledges.

But what he really craves is time with his kids, who, he says, provide the old rhymer with a reason for living.

"Peace, to me, is being able to chill with my children and being able to take them to foreign places, and not have to worry about stupid bullshit every day or people not getting along."

He has two kids by his wife, from whom he's separated (they live in California), and one son with a Kansas City rapper named Agony. To the former, he pays $5,000 a month in support -- to the latter, $700.

Born Aaron Dontez Yates, Tech grew up in one of Kansas City's roughest 'hoods. He eventually joined a gang called the 57th Street Road Dog Villains. (He gives a shout-out to a fallen member on Everready's leadoff track, "Riotmaker.")

These days, his life is distanced from that past: no drugs, no pimpin', no beef with anyone in the industry or on the street. Still, the gang made him the person he is.

"My family really loved me, but when I got with my gang niggas, man, they taught me to be a man," he says. "This is the positive thing they taught me about the gang shit, man -- togetherness. I love that those dudes stayed together through all those trials and tribulations. Through gang-banging, through drugs, through hatred from other people, they stayed together."

Most of his old running buddies are still alive and out of jail too. Tech has never been arrested, and he made his first court appearance just this year, sorting out child-support payments to the mother of his local child. Maybe his gang survived because it wasn't the hardest on the block?

"People are going to hate to hear this, but they are the hardest," he answers. "They're men, dawg. A bullet don't give a fuck about how much of a man you are, but these guys are angels."

It's surprising that Tech N9ne is not a gangsta rapper. In fact, many of his fans are white "juggalos," followers of his frequent tourmates the Insane Clown Posse, who paint their faces in clown makeup like Tech. They're quite the misfits in the world of fandom.

"I'm everybody," he claims. "So my fans are growing rapidly. Juggalos are part of everybody. My fan base ain't ever been just juggalos."

Though his music isn't for everybody (East Coast aficionados may not dig it), it possesses broader appeal than the haters say. Nobody sounds like Tech N9ne. His music spans ominous rap-metal to sparse, heavy-drumbeat hyphy -- the latter captured on the new single "Bout ta' Bubble," a party track that samples an Art of Noise song favored by B-boys back in the day. Present still on Everready is Tech's penchant for gothic, orchestral, Tim Burton-movie-soundtrack backdrops and his trademark percussive vocal chah, which his producers seem to be able to summon at the push of a button.

Tech doesn't brag through his songs, as some rappers do; he doesn't rhyme about bling or cars. He tells stories from his life, and he does it with a literate, self-effacing flair. Case in point: "My Wife, My Bitch, My Girl," from Everready, which is preceded by a comical mock game-show skit that has the contestant, Tech, spinning a wheel in hopes of winning all three females. In the skit's ideal world, he wins them all, but in the reality that unfolds in the song, he has trouble with all of them.

"I hate that that's a true story," he says. "I hate that it had to be that. I wish it could've been just my wife."

Everready is full of similar stories, told with dexterity and cleverness. Tech can definitely rap. And though he still paints "Fuck Off" in decorative letters on his face at shows, the stories he tells nowadays are more profound than his past tales of sex, drugs, and vampire strippers.