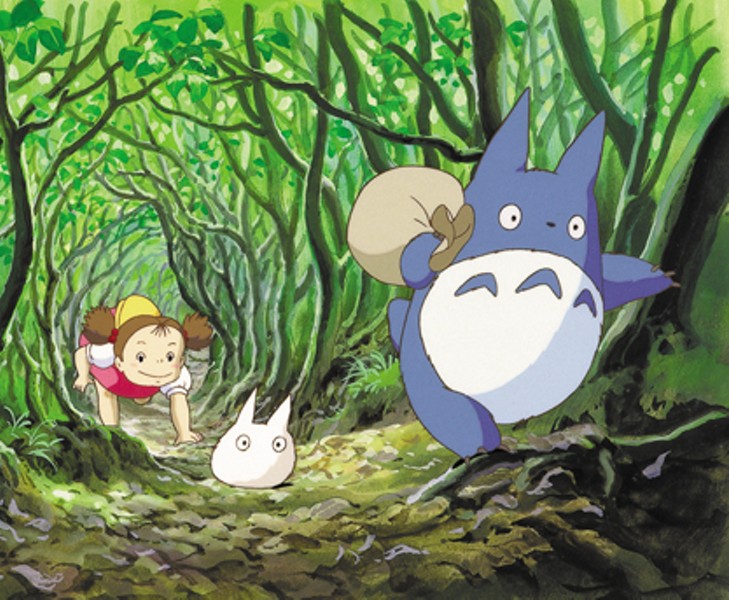 Ponyo leads the release of four Hayao Miyazaki movies receiving double-disc "Special Edition" DVD sets. All of these animated films (including Castle in the Sky and Kiki's Delivery Service) are a joy to watch, but 1988's My Neighbor Totoro — about a tubby forest creature who befriends two sisters — is the best. There are tons of bonus features for Miyazaki fans.

This sequel to the underwater adventure game for the Wii is even more awe-inspiring than the first. It's supposed to be about searching for lost treasure, but Blue World is really about exploring the ocean's depths from the comfort of your couch. Fish of all sizes and colors swim around you — some more friendly than others. There are thrills, but it's mostly about soaking in the big blue.

Joey's brother Mickey Leigh penned this affectionate look at the Ramones frontman with punk chronicler Legs McNeil. There's a little dirt here — Joey's OCD made him an antisocial asshole at times — and some music history, but mostly it's the story of two brothers growing up in New York and figuring out how to deal with the success that often pulled them apart.

These Detroit smartasses somehow managed a Top 10 single in the late '80s with "Walk the Dinosaur." But their artsy-fartsy R&B — which incorporates spoken-word interludes, slippery musical satire and new-wave robofunk — dug deeper than their brief mainstream success let on. This 19-song collection gathers the most durable songs from their 30-year career.

Where the Wild Things Are

Grown-ups love this movie more than little ones. It makes sense, since Spike Jonze's playful and wonderful adaptation of Maurice Sendak's beloved children's book is all about embracing your inner wild thing (it's also about adulthood, responsibility and other things your kid can't possibly understand). The film looks great on Blu-ray, which tags on a new short.