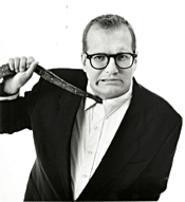 Kathy Kinney wants to dispel the oft-repeated myth once and for all: She's nothing like the big-mouthed, back-talking Mimi Bobeck she portrayed for nine years on The Drew Carey Show. And co-star Carey is the same ol' Cleveland boy, she says -- still dining on a menu of dirty jokes and beer.

"He's such a great guy to travel with, because he's so quiet," says Kinney. "We'll get on a plane and sit down. And we're asleep before it takes off, and they have to shake us awake when it lands. We go, 'Sorry we were so much trouble.' We are not demanding people at all."

She's had plenty of experience traveling with Carey. Since September, he and Kinney -- along with fellow comics Jeff B. Davis, Chip Esten, Jonathan Mangum, Sean Masterson, and Greg Proops -- have been on a 40-city tour, Comedy Central Live: Improv All-Stars, which comes to town Friday.

The two-hour concert is patterned after Carey's TV show Whose Line Is It Anyway? Because the sketches are improvised, cast members haven't played the same roles twice throughout the tour. But that could change in Cleveland.

"Drew and Jonathan Mangum have a $100 bet running that they will never repeat a character," says Kinney. "But Jonathan's now saying, 'Can we rescind the bet the last weekend, so we can repeat some of our favorite characters?' Drew says he's thinking about it."

It's been a long road for Kinney. In the early '80s, a dancer friend in her native Wisconsin coaxed her into packing a few belongings into a U-Haul and moving to New York. Kinney quickly found work as a typist at a local television station. At night, she would tag along with fellow office workers to auditions and improv classes. Then aspiring screenwriter Bill Sherwood wrote a role for her in his 1986 indie film Parting Glances. The movie eventually became a small cult hit after being named best film at the USA Film Festival that year. Kinney moved to L.A. to "try out acting for six months." Eight years later, Carey cast her as Mimi in his self-titled sitcom (which went off the air two years ago).

"I had no intention of being an actor," she says. "I had $80 in my wallet, and the next thing I knew, I was living in New York. But I had a friend who wanted to be an actor, and she hated to do things alone."