Damon & Naomi team up with a Japanese band for what might be their last album. 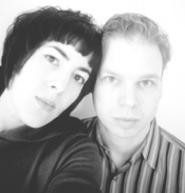 As two-thirds of the critically hailed, commercially failed Galaxie 500 in the late '80s, Damon Krukowski and Naomi Wang knew the frustration of having a unique and respected band and helplessly watching it dissipate. Reassembling briefly in 1991 as Pierre Etoile (sans Galaxie 500's Dean Wareham, who went on to found Luna) before settling on the truth-in-advertising moniker of Damon & Naomi, the ambient folk pop duo learned once again that good reviews don't put food on the table.

All of this education has come at a heavy price for Krukowski and Wang, and with each successive project they have aggressively hinted that every new album would be their last. When the duo is confronted with this pattern, they both laugh and acknowledge their almost constant willingness to turn their backs on their recording career.

"Almost every day, after nearly every show," says Krukowski via phone from the pair's Boston offices when asked about D&N's frequency of considering retirement.

Even in the face of massive indifference from an increasingly detached and unit-driven industry, Damon & Naomi soldier on, although they often have little or no explanation as to why. When they consider the question of what motivates them to continue, they wonder about it aloud.

"It's a puzzle to us, too," says Krukowski. "What did that one kid say after a show? 'Why are you still doing this?' It was one of those moments where we did feel like chucking it all."

Regardless of the duo's laundry list of reasons to give it all up, the group continues to return to the studio with nearly the frequency of Hinckley's buzzards. Albums such as 1992's More Sad Hits, 1995's The Wondrous World of Damon & Naomi, and 1998's Playback Singers were all phenomenally well received, but yielded little in terms of tangible sales. With all of this in mind, Krukowski and Wang embarked last year on a strange new sonic venture with the Japanese atmospheric noise pop band Ghost, longtime friends of theirs.

Although neither entity had ever attempted a true collaboration, the results ultimately became the stunning new album Damon & Naomi With Ghost. The group's mutual admiration for each other predates the origin of Damon & Naomi. Krukowski and Wang played briefly with a psychedelic pop band called Magic Hour after the end of Galaxie 500, about the time that an agent approached the band about booking a more extensive circuit. The group's guitarist mentioned in an offhand manner that the only way to secure the deal was to arrange for Ghost to open for the Magic Hour tour, thinking that would be enough to sour the deal. But the agent actually managed to get Ghost on the tour, and the personal and professional relationship blossomed, ultimately leading to another tour experience with Ghost, this time with the Japanese group serving as D&N's backing band.

When Krukowski and Wang began the process of working on a new album last year, the idea of working with Ghost as true collaborators on the material and performance presented itself. Working long distance, Krukowski and Wang would supply Ghost with bits of lyrics and music, which the band would manipulate and alter and then send back. Then Ghost flew to Boston over Christmas last year and laid down the basic tracks in a week, with Krukowski and Wang then mixing and working the tracks for several months after Ghost's departure.

"We only had a week with them, and it was a week of 24-hour days, but at the end of the week we did not have a finished album, which we thought we would," says Krukowski. "We'd never spent that long recording, ever. Naomi and I then worked on the tapes for months."

"We had been sort of indoctrinated," Wang says. "We had this guilty conscience then. It wasn't like we could go back to the way we were before, because they had shown us their technique."

Ultimately, the collected musical aggregation came to a common ground, and the material that both factions had hammered out took shape as a cohesive work.

"It was a true collaboration, a lot of give and take," says Krukowski. "We jettisoned a lot of things they were urging on us and vice versa."

"We couldn't have made it by ourselves," notes Wang.

Krukowski and Wang were joined by the full Ghost entourage for their West Coast dates promoting the new album, but the majority of the band has to return to Japan for their day jobs, leaving only guitarist Michio Kurihawa, whose flexible hours allow him to stay and continue the tour.

"Touring, especially as a duo, which we've been doing a lot lately, is the most up-and-down experience imaginable," says Krukowski. "When it works, it's so great. And when it doesn't, it's so horrendous. We've had some of the worst times of our lives in music, and then we've had some of the best."

"We're generally optimists," Wang says with a laugh. "We're just hoping for another one of those good times."

Krukowski and Wang have much more than music to keep them busy, as they continue to operate Exact Change, the offbeat publishing company that they began after the end of Galaxie 500. Their current projects include the assembled essays of contemporary classical composer Morton Feldman and a reprint of Dark Spring, a novel on the horrors of child abuse from late German author Monika Zurn.

After everything that Krukowski and Wang have been through, they have kept a sense of humor and realize that much of the same futility and frustration that dogged them during their tenure with Galaxie 500 has followed them.

"It's not like we're looking down from this lofty perspective, like 'Oh yeah, it was this thing that really happened to us,'" says Krukowski. "Feeling kind of underappreciated, but grateful that anyone is listening at all. We're pleased we can have our records out in a nice way, but realistically never hoping that they're going to break. That's our corner of the music world."

"Which corner is that?" Wang asks sardonically.

"The desperate one," comes Krukowski's smirking rejoinder. "The hopeless one."