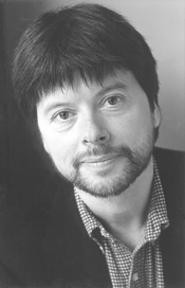 It would be hard not to know that Ken Burns is about to unveil his third documentary. The topic is jazz, and the primary vehicle is a 19-hour TV show that's being hyped through various outlets. Ken Burns's Jazz: A History of American Music is not only a PBS docu-thon, it's a $60, five-CD set on Columbia/Legacy (see review on page 43), a single "Best of" CD, another 22 CD anthologies of the key jazz founts from the big box on both Legacy and Verve, a $65 Alfred A. Knopf book by Burns and Geoffrey Ward, and numerous tie-ins with the likes of Starbucks, Sony Music, and General Motors.

Burns, who undertook similar cultural mass-marketing with baseball and the Civil War, is mounting a multitentacled effort to revive an all-American art form people write about in a volume far out of proportion to its record sales. That alone suggests the quandary at the heart of Burns's approach: It has pitfalls of intent and of editing. It also has great potential.

"I'm taking something that's normally background and making it middleground, foreground, and, in a few extraordinary cases, a kind of hyperground, where you almost feel that you, the audience, are in on the act of creation," says Burns, who calls Jazz his "best film."

A prolific documentarian whose epic films on baseball and the Civil War drew huge audiences, Burns took six years to craft the 10-episode Jazz. He and his crew assembled 2,400 stills, 2,000 film clips, 75 interviews, and 497 pieces of recorded music. The licensing alone must have been incredibly time-consuming. The visual proof of the pudding will come clear on January 8, when PBS launches the broadcast.

Burns clearly hopes the public will fall in love with jazz, or at least with his version of it. His mammoth undertaking, trumpeted in year-end advertising and editorial features in numerous publications, is sure to draw viewers, readers, and listeners (WGBH-TV in Boston will, for example, show each episode nine times within the first week). A compilation tape features interviews with such jazz eminences as critics Stanley Crouch and Gary Giddins, the brilliant historical straight-arrow Wynton Marsalis, and the late bassist Milt Hinton, who's brought to life with archival photos edited so kinetically, they're jazzy in themselves.

Already, the documentary and its various tie-in products are causing controversy, largely because they shortchange the last 40 years of jazz, condensing it into two hours of videotape, about 60 of the book's 490 pages, and two of the five CDs of the box set. Burns heroizes Louis Armstrong, Duke Ellington, and Miles Davis, making them the hooks of his venture. If modern (and postmodern) jazz is about group improvisation and the subordination of ego, Burns's efforts give it less than short shrift. He suggests, however, that it isn't yet time to historicize much modern jazz.

"It was my conscious decision to tell a history of jazz," Burns says. "My narrative basically stops in the film around 1975 [the year after Ellington died]. A historian's worst job is to tell people what's going on in the present. My feeling is you need about 30 years out before history begins. In this case, it's 25 years."

Such historical compression might not be accurate, but it's perfectly reasonable to Burns. Not only can he justify stressing giants such as Armstrong, Ellington, Benny Goodman, Charlie Parker and Davis, he says it takes time to determine whether a musician should join the jazz pantheon. It's fitting to him that the box begins with Armstrong's 1931 recording of "Stardust" and ends with a 1994 Lincoln Center Jazz Orchestra rendition of Billy Strayhorn's "Take the A Train" (that estimable orchestra is under the direction of Marsalis, the outspoken but conservative trumpeter who served as the "backbone" of this project). This is the official version of jazz, mainstreamed -- with designer edge -- by the frequent narrative and commentary of Wynton Marsalis, a brilliant trumpeter who can be strikingly authoritarian and narrow-minded.

"If I ask somebody who wanted much more of this modern era today to tell me who among the people playing today would be in the Mount Rushmore of jazz, along with Armstrong, Ellington, Parker, [John] Coltrane . . . we just don't know," Burns says. "We need that passage of time; we need historical triangulation to take place that permits us to look back and say, 'Oh, so-and-so is important to the jazz canon.' That's what the present can never tell you."

Burns is as interested in the marketing of his latest project as in his topic. Not only is corporate funding provided by General Motors Corp. (brochures about Jazz are available at all GM dealers), the cuts on the individual CDs represent the first corporate crossover between Columbia and Verve Records. Additional funding comes from the National Endowment for the Humanities and the National Endowment for the Arts, the Corporation for Public Broadcasting, and various charitable trusts and foundations. GM and others involved are working with the Music Educators National Conference and underwriting a Jazz-related program for the United Negro College Fund. While his signature is clearest on the box set and the Best Of disc, Burns considers the individual compilations at least as important.

"If you are interested in a major artist in jazz, haven't heard them before and go into a big record store, you'll find dozens and dozens of CDs, and many will say 'best of' and no one will be -- until this came along," he says. "This cuts across all labels. At budget prices, I think these 22 [compilations] are a real way for folks to get into jazz."

That may be. But since the music on the compilations is all previously released material, they also clog the bandwidth by keeping out newer material. Perhaps just as important, they are pure profit. And Burns surely takes a cut of each piece of this rich, culturally resonant pie.

"This is evangelical," Burns says. "I'm in it because of the idea of spreading it. We've always had a companion book and a soundtrack to the film, but this is the first time the subject is music that is central to who we are as Americans, but that gets lost in the shuffle. I think a farmer in Nebraska should know about jazz -- [and] a librarian in Seattle. This is not just for the jazzerati."

At one time, Burns says, jazz represented 70 percent of the popular music market; he's heard it's down to less than 2 percent, a figure he'd certainly like to raise. Criticizing such popularizing efforts as his doesn't help, he says -- suggesting that he's tired of jazz purists carping about the mainstream nature of his jazz presentation.

"The jazz community doesn't help its cause by becoming like Pigpen in the comic strip, kicking up a lot of dust," Burns said.

Burns reportedly only owned two jazz discs before filming Jazz but says that his father used to play Ellington, Glenn Miller, and Shelly Manne while he was growing up.

Burns grew up in Ann Arbor, Michigan, and studied filmmaking at Hampshire College in Amherst, Massachusetts. His interest in American history drew him to jazz, and he maintains that, even if he wasn't an expert when he started the film, he learned enough in the process of making it to become an authority of sorts.

"More and more, jazz was a siren call, drawing me inexorably to questions on what this music was about," he said. "I get into subjects because I don't know about them. Too often, films are merely the expression of what somebody wants to tell you they already know, and they're stifling and one-dimensional. This film -- all of my films -- are processes of discovery. That's why they're popular, because I'm sharing my enthusiasm. It's like the bloom of romance."