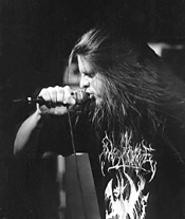 Hey, maybe the Tribe can take a few pointers from local pop-rocker Mike Farley, who seems to be having more success in baseball than the Indians of late. The Houston Astros have just licensed Farley's song "Play Ball" for use in the team video to be distributed to their fans. Also on the sports tip, ESPN has licensed Farley's "Spread These Wings" for their Latin X-Games coverage. What's more, Farley has also been nominated for the Just Plain Folks Music Awards, put on by an international songwriters' organization. Farley's latest, Blue, has been nominated for college rock album of the year, while the song "Disguise" is up for song of the year. Maybe all that'll make up for the Michael Stanley comparisons we dogged Farley with in our review of Blue a while back.

Tadpol has settled on a date for its farewell show: Thursday, December 12, at P.I.T. Cleveland. Show up and give this band the sendoff it deserves.

Enlisting rockers to speak out against tobacco is like encouraging Anna Nicole Smith to take a stand against Krispy Kreme. Nevertheless, SRO Productions is looking for local unsigned musicians to be part of a compilation CD that will be distributed by the Ohio Department of Health's anti-tobacco campaign. Selected artists will receive nominal compensation, but tons of exposure from the campaign. If you're interested, mail your music (original material only) -- in CD form, with 1-3 track suggestions, lyric sheets, artist photo, and bio -- to: SRO Productions, Attn: Karrie Vrabel (Ohio), 901 North Third Street, Suite 135, Minneapolis, MN 55401.

"Simpler Way," a song by Akron's underrated C.D. Truth, will be featured in the upcoming independent movie Dressed Like a Hitman, due to hit theaters this winter. In the meantime, the group is finishing up its second album at Mars Studios with Bill Korecky.

Though dates are still up in the air, Keelhaul has landed the opening spot on Unsane's winter reunion tour. There's still some uncertainty as to whether the trek will actually take place, but initial shows have been booked in Baltimore and Austin in late December, with a Cleveland date in the works at tour's end.

The Cleveland Synth Club has scheduled its next meeting for 8 p.m. Monday, December 2, at the Chamber in Lakewood. In addition to the regular get-together, there will be "Get Bent! A Circuit Bending Workshop," which will include tips, tricks, and tools for locating and bending gear, as well as a free CDR of various loops and samples of circuit-bent instruments from Synth Club members.

Lorain's WDLW-AM 1380 recently switched formats from Spanish music to "good time rock and roll," which means popular hits of the '50s, '60s, and early '70s, and unhealthy amounts of the Righteous Brothers. According to station owner Doug Wilber, the move was made because the station wasn't generating enough advertising revenue outside of Lorain. Guess "The Latino Taste" was a sour one.