A Belle and Sebastian bio tops our pop culture picks of the week. 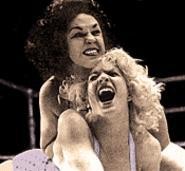 BOOK: Belle and Sebastian: Just a Modern Rock Story: Scottish writer Paul Whitelaw's bio of the twee Glasgow cult band offers a definitive portrait of the mysterious, media-shy indie popsters. Discover why the moody kids on The OC and Gilmore Girls are so enamored.

MOVIE: Just Like Heaven: Reese Witherspoon and Mark Ruffalo elevate this airy love story about a restless spirit and the sad sack who's taken over her fab apartment. Kinda like Ghost, but without the sloppy pottery sex.

DVD: Ben-Hur: Four-Disc Collector's Edition: The Oscar-hogging sword-and-sandals pic features tons of docs about the 1959 epic, plus commentary by star Charlton Heston. The chariot race remains one of the best action scenes ever filmed -- even better than Heston dodging Michael Moore in Bowling for Columbine.

PRODUCT: America (The Calendar): A Citizen's Guide to Democracy Inaction: Jon Stewart and his crew of Daily Show smartasses deliver the best parts of their faux-history book in 365 tasty bites. Nothing brightens up a Monday like "The Best of Middle East Humor."

CD: Just Say Sire: The Sire Records Story: Three discs and 61 songs from the legendary punk, new wave, and post-punk label that brought us the Pretenders, the Replacements, and the Ramones. This may be the only time Madonna, Brian Wilson, and Ice-T ever partied together.

TV: Man With the Screaming Brain: B-movie god Bruce Campbell wrote, directed, and stars in this satire -- airing at 9 p.m. Thursday on the Sci Fi Channel -- about a wealthy American who gets a brain transplant from a former KGB agent. Not since the halcyon days of Yakov Smirnoff has the Eastern European bloc been mined for such comedic gold.

PRODUCT: The iPod nano: The world's coolest digital-music player's latest holds up to 1,000 songs in an even slimmer package that weighs in at just 1.5 ounces. That's thin enough to send Lindsay Lohan running to the nearest bathroom stall.