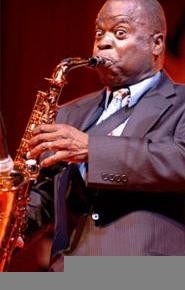 "Thorp loved the band, and they offered to put the record out," says Hager. "[Owner] Andy [King] just kept calling and really wanted the band. It's not the biggest deal in the world, but the guy loves us, and he's got great distribution. This is the best option. It'll get our record out there."

The band's 11-song full-length debut will include new recordings of two songs from its 2005 demo. Guitarist Cole Martinez produced the disc at his Conquistador Studios in North Olmsted, where he's also recorded At No End and Forever Untouched.

Faced with complications in his home life, Hager reluctantly left Chimaira between recording its debut and the band's breakout success. He went on to form the melodic hard-rock outfit Shenoah, then left just before the release of its well-received debut. Years also features Shenoah/Ringworm alumnus Ben Hollowell, former Erase the Grey-Shenoah vocalist-programmer Jeff Butchko, and drummer Brian Hanculak.

· Classic-rock stronghold WNCX-FM 98.5 will continue welcoming guest hosts to its morning-drive program until it finds the right combination of on-air personalities. Says Program Director Bill Louis, "Hopefully, in the next month, we'll get to the point where we narrow it down and come up with a collection of individuals that know this town back and forth, that know the history, that can move us forward and play some classic rock. Music is going to be a part of it, and so is humor. We want to come up with a group of individuals that you'd be happy to carpool with."

· A legendary Integrity show is now available on DVD from Philadelphia indie hardcore label Spook City USA. Taped on Palm Sunday, 1992, at the old Peabody's in the Flats, the classic Integrity lineup tears through a set that comes to an abrupt end, though the chaos doesn't stop there. In addition to creating new artwork, frontman Dwid edited together footage from former guitarist Frank "3-Gun" Novinec's extensive video library.

· Cleveland post-hardcore up-and-comer Who Killed Marilyn? has set June 30 as the release date for its long-awaited full-length debut, which will be the inaugural release for the band's own indie label, Once and for All Records. Titled Escape the Scene, the disc was recorded by Cole Martinez. Singer Chris Marinin says the album "captures the abstract heaviness and strangely catchy melodies of CKY, while playing like a solid Thrice album from start to finish, with hints of A7X, Mushroomhead, and N.Y. hardcore, all thrown together in one."

· Though Chimaira has split with Roadrunner, the new video for the Cleveland metal heroes' "Save Ourselves" is available online at www.roadrunnerrecords.com. " They ain't no losers, and they're back again: Cleveland pre-punk legends Rocket From the Tombs will play a reunion show at the Beachland Ballroom (15711 Waterloo Road) July 26. This lineup will feature singer David Thomas (Pere Ubu), guitarist Cheetah Chrome (Dead Boys), guitarist Richard Lloyd (Television), drummer Steve Mehlman (Pere Ubu, Roué), and bassist Craig Bell.