A band of nomadic locksmiths finds fertile scamming in Cleveland. 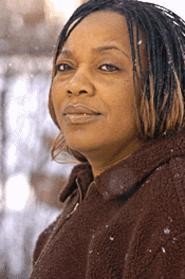 Eileen Cleary was in a panic. It was a snowy Thanksgiving Day, and she had just locked herself out of her condo. She had food in the oven, and her family was waiting at her brother's house. She flipped through the phone book to the first locksmith's ad she saw. "Fast 15-minute response" and "no extra charge for weekends and holidays," it read. Perfect. She called the 800 number. Fifty bucks, an operator told her. A locksmith was on his way.

Two hours later, a man in an unmarked car was in her driveway. He tried to pick her lock, but couldn't quite get it, so he resorted to his second line of defense: a power drill. He put on a new lock and doorknob, and went back to his car to write up the bill.

He was nice enough to deduct $15 for being late.

In tears and already late for dinner, Cleary paid the man by credit card. The next day, she called the company, Superb Solutions, to complain. After waiting on hold for several minutes, she got a dial tone.

It only takes a second for Jim Kennelly, owner of Cleveland Lock Service, to guess the culprit's identity. "The gypsies," he says, without hesitation. He's read about Superb Solutions, based in New York City, at online locksmith forums and in newspapers from around the country. Like the fabled nomadic thieves, the company runs its elaborate scam in one town until it is chased to the next. Kennelly knew it was just a matter of time before they showed up in Cleveland.

"The problem is, they only get one-time customers, because they hurt them so bad," he says.

The company operates under several different names. In Illinois, it's been slapped with two lawsuits by the state's attorney general for jacking customers for hundreds of dollars. In the most egregious case, the company charged an elderly man in a Chicago suburb more than $1,700 to unlock his door. The locksmith was charged with felony fraud.

In a separate case, Superb Solutions executives Shlomo Hadar and David Sasson pleaded guilty to using deceptive practices. Last month a judge ordered them to pay $3,800 in fines. The company was also ordered to disconnect its Chicago phone lines.

"You're allowed to charge people whatever you want for your services," says Bill McCaffrey of Chicago's Department of Consumer Services. "But there's a point where it's just obscene."

Superb Solutions' MO is simple, yet ingenious. When it first invades a city, it blankets it with fake addresses and business names, all with different phone numbers, says McCaffrey. That way, when you call 411 and ask for the nearest locksmith, you're bound to get them.

Some of the company's addresses listed in the Cleveland White Pages -- under the name Locksmith 24-Hour, Inc. -- are actually the addresses for a deli, a tailor, a McDonald's, and a Chinese restaurant. And, unlike local locksmiths, they can afford to buy two-page, full-color spreads in the Yellow Pages to lure you in.

But while you think you're calling a local mom-and-pop, you're actually being routed to a call center in a Bronx apartment, which then calls local subcontractors, paid on commission, to do the job.

"You're quoted a lowball price, and once they get out there, you're kind of stuck," says Sue McConnell of the Cleveland Better Business Bureau. She's received five complaints already about Superb Solutions, and the Ohio Attorney General has logged seven. A spokesperson for the AG's office won't confirm or deny an investigation. "What are you going to do, call someone else?" asks McConnell.

That's exactly how Carolyn Jones felt. When she locked herself out of her Bedford home, she called three different locksmiths for quotes. Superb Solutions promised to bill her $39 -- half what the others were charging. It took only five minutes for a ponytailed man to pry her doorknob off with a crowbar and put on another one, so she asked him to come with her to her other house five minutes away, which needed a new lock and deadbolt. It would be an extra $84, he told her.

"I couldn't believe it," Jones says. "He spent most of the time writing up that big bill in his car." She finally paid him, just to get him to leave. Then she called the company to complain. A man offered her a refund of $116, but only if she'd sign a form saying she was a "satisfied" customer. She called the Better Business Bureau instead.

Locksmiths "can pretty much quote you an exact price over the phone," McConnell says. "It's not a common practice for them to . . . end up charging you 10 times that much by the time it's all over with."

Shlomo Hadar is more than willing to discuss his company's track record. He says he's committed to making things right. "I can assure you, the next few months, you guys will see a completely different change. If someone was overcharged, I guarantee he's going to get his money back."

But what he considers "overcharged" is another story. He admits the initial fee quoted by phone is just for showing up. "A lot of people unfortunately misunderstand that, although it's very clearly stated," he says. "We're not going to be the cheapest."

That's news to Jones and Cleary. The company's two-page spread in the Yellow Pages says "We'll Beat Any Price."

"It's Cleveland's local locksmiths that are taking advantage," he says. "We're not evil people."

As for the company's legal troubles in Illinois, Hadar says he only admitted guilt to appease the court.

"We had to give them what they wanted, so they'll appear nice in front of their cameras," he says. "The bottom line is that we're still laughing. We're still here."