Half Hour of Power 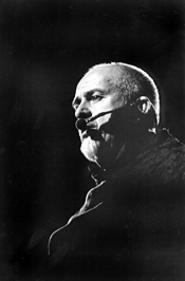 "How many people are from the ghetto?" Jay-Z asked a packed Peabody's last Wednesday. "The real ghetto, not the rap ghetto," he then clarified, and more than half the crowd thrust their fists into the air. Seemingly, it was for these diehards that this show was intended. A surprise gig put on by WENZ-FM 107.9 and open only to contest winners, the concert was all about reveling in the hip-hop conceit of "keeping it real." This meant not much pomp or circumstance: Hova wandered onstage with little buildup and turned in a loose, off-the-cuff set.

But just seeing Jay-Z in such close confines was the equivalent of a Mötley Crüe pyrotechnics display. After all, Jay-Z spent the summer touring arenas, and his latest two-disc offering, The Blueprint 2: The Gift & the Curse, sits atop the Billboard charts.

On this stop, Jay-Z dipped mostly into new material, spitting fierce a cappella rhymes that resonated like shotgun blasts. He also belted out a few requisite hits ("Jigga My Nigga," "I Just Want to Love You," and "Hard Knock Life" among them), surrounded by his Rocafella running mates Damon Dash, Memphis Bleek, newcomer Freeway, and a stoned-to-the-bone Beanie Sigel, who looked like he didn't know where he was. Through it all, the crowd's sing-alongs frequently drowned out the P.A. After a little more than a half hour, the show ended as abruptly and nonchalantly as it began, with Hova and most of the crowd exiting with grins on their faces. It may have been a show for the ghetto, but Jigga certainly wasn't slumming it.

Before Drew Carey's waistline, the biggest thing in Cleveland was Easy Street, the seminal late '70s/early '80s rock band that is one of Cleveland's all-time top draws. The band held the Thursday-night slot at the old Agora for six years, drawing close to 2,000 folks nearly every week. Now the group is reuniting for a November 30 show and CD release at Akron's Highland Theater. Easy Street's last three gigs -- in 1990, 1995, and 2000 -- all sold out, so we'd suggest getting your tix early.

As pugnacious as Easy Street was popular, local punk provocateurs the Heathers will throw a November 30 reunion bash of their own at the Grog Shop.

An A&R rep from Elektra Records reportedly attended Gatlin's show at the Odeon last Saturday. All signs point to this bunch as the next big signing out of Cleveland.

Cleveland native Torman Jahi is featured in the superb new film Redefinitions: Hip Hop Roots & Future. The gifted rhymer, who splits his time between here and Washington, D.C., also filmed the documentary, an in-depth look into hip-hop culture. The DVD -- available at Best Buy and other chains, and at jahiphop.com -- boasts such luminaries as Afrika Bambaataa, DJ Red Alert, Dead Prez, and of course Jahi, who performs and gives a hip-hop tutorial. After surviving many lame films with Cleveland connections over the years (Light of Day, Welcome to Collinwood, Howard the Friggin' Duck), finally we get some redemption.