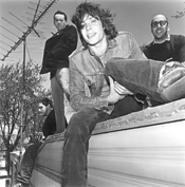 If mainstream rock is a total downer, maybe that's because your life is, too. That seems to be the cynical logic that radio executives have followed over the last decade in programming largely "unmelodic angst music," as OK Go frontman Damian Kulash Jr. puts it. Speaking by phone from a quaint old hotel in Baton Rouge, Louisiana ("The telephone here just rang with a real bell!"), the 27-year-old singer, songwriter, and multi-instrumentalist bemoans the preponderance of stations whose playlists range from "Limp Bizkit on one end and Creed on the other" -- leaving little room for Kulash's own up-and-coming band or its stylistic forerunner and current tour partner, Fountains of Wayne.

The lead track and first single off OK Go's eponymous debut delivers one logical response to this reign of pain. At the start of the song, Kulash appears to be down with the downtrodden. He yowls with typical modern rock fury over a choked and chunky guitar riff: "Oh, it's such a drag, what a chore/Oh, your wounds are full of salt/Everything's a stress, and what's more/Well it's all somebody's fault." The last word lands on a downbeat that brings in everything the band's got, from a deep bass to a cheesy high keyboard, all layered behind the real response: "Hey!" shouts a massed chorus of male voices. "Get, get, get, get, get over it!"

Given Kulash's deep love of rock history, it's probably no accident that all those "gets" are repeated like an update of the Who's "My Generation." After all, "Get Over It" opens with a martial beat directly lifted from Queen's "We Will Rock You."

"I'm sort of ashamed to say it, because it's such an obvious rip-off," admits Kulash. "Basically, I just gave myself this assignment to write a song that won't fit in indie-rock clubs and, like, requires a stadium. Like the same feeling as 'We Will Rock You' or 'Pour Some Sugar on Me' or 'I Love Rock 'n' Roll.' I looked at my CD collection and was noting how much really smart, wonderful music is sitting in the rack on the wall. And then, how the stack of 10 CDs that sits next to the CD player is just all, like, fuckin' rock."

OK Go and Fountains of Wayne are united in their mission to bring that "smart, wonderful music" off the shelf by injecting it with some fuckin' rock of their own. What's more, they're not just interested in shunting off to indie land and being content with their music reaching only, as Kulash puts it, "the small circles of people who go looking for it." It's no coincidence, then, that he's constantly making references to the early '80s heyday of album-oriented rock radio.

From its very inception, rock and roll has always raged against the machine with unmelodic noises, but the early to mid-'80s were the last time that mainstream radio regularly proved that rock could do more than wallow in misery. Back then, the music offered not just a cathartic response to modern life -- the faceless strip malls, seedy pick-up bars, and numbing office jobs -- but also a cheeky celebration of it. At its worst, that celebration, too, became part of the barren modern landscape (take another smug bow, David Lee Roth). But as Adam Schlesinger, co-founder of Fountains of Wayne, notes, both his group and OK Go avoid that fate with similar strategies.

"I think we're probably coming from the same place somewhat," Schlesinger says. "I get the sense that both bands like traditional songwriting methods, and they like melodies, and they like to have fun with the lyrics." After a slight nudge, he adds that they also share one other advantage: Both bands are "overeducated."

Schlesinger and his partner, Chris Collingwood, met in the woody Berkshire Mountains of western Massachusetts as freshmen at small, exclusive Williams College, where Schlesinger majored in philosophy and literature. And Kulash does them one better with his bachelor's in semiotics from Brown. Given these backgrounds and the similarity of their pop rock, steeped in everything from the Beatles to Elvis Costello and the Cars to Cheap Trick, the major difference between the two bands would appear to be experience. Fountains of Wayne have already gone through the major-label mill with Atlantic, with whom the group released two albums before striking out on its own in 2000. OK Go, on the other hand, has just begun its rise with a major push from Capitol.

But the real difference is the way the two bands choose to celebrate modern life. If "Get Over It" is an indictment of the angst-rock doldrums, for example, it's also a general rant against what cultural gadfly Robert Hughes calls "the culture of complaint." Kulash continues the argument in "What to Do," a number that rails, he says, against "so many people -- myself included -- who are brimming with fucking talent, but don't have anything decent to apply it to." Decidedly the nastiest cut on the disc, "What to Do" is the culmination of a series of rockers that put down their subjects with a firm kick. But the very next cut, "1000 Miles Per Hour," slips into naked (if somewhat formulaic) romanticism, opening an introspective section that explores love and loss with a great deal more tenderness.

For all its suggestive insight, however, OK Go is never as empathetic as Fountains of Wayne's last release, Utopia Parkway. Surveying pathetic prom nights and proud faux Chinese tattoos, alcoholic housewives and hapless hippies, the disc's portrait of East Coast suburbia is as funny and loving as Jonathan Demme's great '80s movies. And now the Fountains are putting the finishing touches on a new record deal and hoping for an early 2003 release of their third disc, which will be, they promise, "just as available as anything else we've done."

Of course, no matter how strong the distribution or how much "Get Over It" helps OK Go get over (the stylish video is currently in the heaviest rotation possible on MTV2), rock radio will never be what it was. And yet both groups are finding alternative ways of getting their pre-alternative message across -- OK Go recently toured with a stage version of National Public Radio's This American Life; Fountains of Wayne will voice an animated "Greek chorus" in a new weekly cartoon sitcom on VH1. The gigs suggest that both bands are nurturing their place in the world as successfully as They Might Be Giants, the band that introduced the two groups to each other in the first place.

"We certainly wouldn't complain about reaching tons of people," says Schlesinger. "On the other hand, you don't go into a career as a musician because you want to make a lot of money. The most important thing to us is always that we make records that we're proud of."