Her Show of Shows 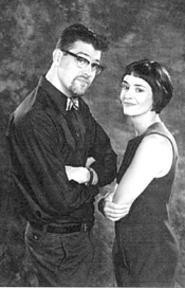 It's hard to explain why Christine Hill's work is considered art without digressing into arcane art theory. But here's the official short version, from a brochure for Hill's new show: "She has dedicated her life and her art to becoming one and the same." Hence, everything the 34-year-old New Yorker does, buys, makes, or uses is potentially art. Her interactions with people, she says, are "social sculptures."

Actually, Hill doesn't christen every aspect of her life "art." Unlike Marina Abramovic, Hill doesn't shower under a gallery spotlight. Rather, she carves out decorous pieces of life and plops them into the limelight. And because no word exists to accurately describe her art, she created one: "organizational venture." Essentially, she creates gallery and museum shows that explore and document her interests. And she gets paid to do it. Sweet gig.

In her latest venture, Pilot (Cleveland) at the Museum of Contemporary Art, Hill fixates on a few of her most enduring obsessions: Conan O'Brien, a career as a talk show host, and improv theater. Pilot (Cleveland), the soup-to-nuts creation of one episode of a fictional late-night TV talk show, melds performance, theater, and installation art. Though the work culminated in a March 28 taping of the show before a live audience at MOCA (a tape of it is now part of the exhibit), the true art in Hill's work is found in the preparation that spanned the weeks prior to the actual taping.

Beginning on February 21, entirely in public view at MOCA, Hill and company transformed several white-box galleries into the colorful production office and TV studio of her fictional late-night TV talk show. But the studio installation is only part of Pilot; the work is also about the sweat and social interaction involved in producing a talk show.

Hill and Herman have spent the last few years scrutinizing talk shows, from Jack Parr to Conan, and appropriating the genre's most successful elements. Pilot (Cleveland) featured stupid human tricks, prop-based jokes, low-rent pre-filmed segments, a cheesy nightscape-set backdrop, and the obligatory huge desk and cupful of pencils. Hill even held index cards as she interviewed guests, and drummed on the desk with her hands as the house band played funky music to commercial.

Hill's trajectory to talk-show-host wannabe started when the Binghamton, New York native moved to Berlin in 1991, where she transformed her dreary labors as a striptease dancer, masseuse, and shoeshine girl into something magical -- by christening it "art." The big break came in 1997, when she was invited to create a franchise of her Berlin-based secondhand store (Volksboutique) at Documenta X. Here, commercial intercourse became art. She returned to the U.S. to make Tourguide?, a "work" in which she created a functional office, became a certified N.Y.C. tour guide, and took customers on an unorthodox $12 tour of the city.

At MOCA, Hill let viewers watch her TV-host dream come true for free -- except for the $15 seats for the live taping. (Hill will also profit from the sale of Pilot artifacts, which she calls "ephemera.") Pilot's climax came last Friday night, when about 200 people crammed into the sold-out studio for the first and only episode of Hill's talk show, which boasted an all-Cleveland theme. Featured guests included Jane Scott, former First Lady Dagmar Celeste, and a group of students from Bolton Elementary. Goofy local talent was served up in the Pilot Test Kitchen.

"Go easy on us -- we're amateurs at this," host Hill told the audience before taping began. "We're professional artists, but we're wearing our heroes on our sleeves." Indeed, Hill and Herman were stiff and unanimated at times (so is Conan, for that matter), and the show occasionally dragged. But Pilot (Cleveland) was a success as a collaborative endeavor, thanks largely to the Cleveland talent involved.

Though the electricity of an ongoing live event is gone, the relics of this former work-in-progress -- the office, the set, and a tape of the show -- will be on view for several months, and are well worth a visit. But is it art? Well, consider the words of Hill: "People always think projects of mine are some sort of gimmick, for lack of real artistic talent," she told Scene last week in Pilot's Production Office. "Anyone who meets someone who's an artist, instantly their brain flashes to 'painting and drawing.' But I decided that objects, as transporters of ideas, have limitations."

Hill sculpts her own life and experiences, not wood or clay. And by transforming her skills and interests into art, Hill has packed lots o' living into her young life -- and she's done most of it on someone else's dime. Using her talents and cunning, she's become the pilot of her own ship, master of her destiny. If that isn't art, we don't know what the Hill is.