He's Alright: Classic Rocker Eddie Money Talks About his Annual Trip to Town and Why he Hates Kenny Loggins 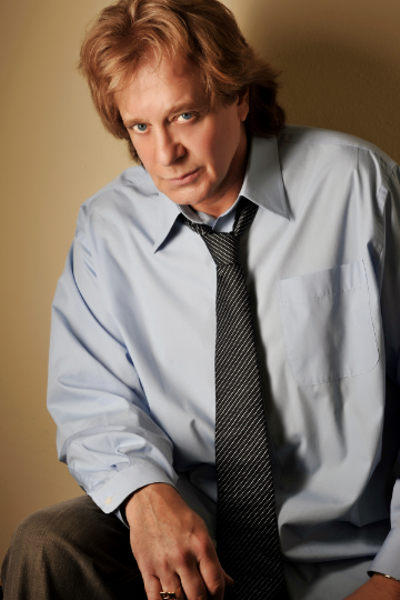 Eddie Money's a pretty easygoing guy, something which comes through in the lyrics of his many '80s hits, from "Where's the Party" to "Two Tickets to Paradise." The Money Man (as he calls himself) is always looking for a good time. But as we discovered in a conversation a couple of years ago, he's not a big Kenny Loggins fan. In fact, he was still seething about Loggins during a recent phone interview with the Cincinnati rock station WEBN and told the morning team, "I'll knock him out in 20 seconds" when they suggested a possible celebrity boxing match between the two.

As Money told us at the time, Loggins put himself in the danger zone a long time ago when he reportedly stiffed Money and didn't give him any credit for his cameo appearance on the Caddyshack hit "I'm Alright." But it goes deeper than that.

"The guy married his therapist, for Christ's sake," he says. "I don't really like the guy. His son [Crosby Loggins] was on a show with my daughter [Jesse Money] and he was very rude to my daughter. They were on Rock the Cradle and I don't know how he won that show, because my daughter was better than everybody."

Money explains further, saying that, "They [treated] my daughter like she was a pawn in the game. The whole thing was ridiculous. I'm not a big Kenny Loggins fan and I never have been because you know what? We were label mates on Columbia Records and the guy never even gave me credit for doing the middle part of that song. That's what I call a scumbag."

Management for Loggins (who has always been a nice guy in our experience, by the way) declined the opportunity to address Money’s comments.

You probably won't see Money getting in the ring with Loggins anytime soon, but that doesn't take anything away from his upcoming show at House of Blues. He's bringing two tickets to paradise and as he told us during a phone conversation from his home recently, he wants all of Cleveland to know that he plans to take everybody on the trip with him. Money's gigs in Cleveland have been an annual affair for years and he's usually in town at least once a year to catch up and roll through the hits. That longtime extended residency in the 216 has left the one-time New York policeman trainee with quite a few connections here.

"I've got so many friends in Cleveland — you can't imagine how many friends I've got in that town. The promoter called me up going, 'Who's this guy Eddie Money? He's got a bigger guest list than the Rolling Stones!' I've had a lot of girlfriends in that town and I've got nothing but fond memories of Cleveland."

Money would love to find his place in the Rock and Roll Hall of Fame, but he's realistic that it might be a while before he gets the call. In a blog entry on his own website, the 65-year-old singer/songwriter called himself the "Pete Rose of rock 'n' roll" and says that by the time he gets in, he'll be in an urn on his wife's fireplace mantel.

"I'll tell you the truth, whoever is washing the windows in that place is making a fortune," he says. "It's like the house of glass and it is a beautiful museum. I took the kids there and it's fantastic. But you know, they're all looking at me and saying 'Dad, you had 12 songs in the Top 100, why aren't you in the Hall of Fame?' and I said, 'You know what, there's a lot of great black groups from the '50s that aren't in there either. If you want to get in the Hall of Fame, you've just got to wait your turn; you'll be there.'"

Whenever that time might come around, he'll be waiting patiently. In the meantime, he's content knowing that his music has caught the ear of some Eddie Money fans who are pretty famous on their own terms.

"I got a nice shout-out in Rolling Stone through Lady Gaga. I've got a lot of young people out there like Nine Inch Nails and a lot of people that I don't listen to that listen to my music. [Dave Grohl] in Foo Fighters is a huge Eddie Money fan. He talked my ear off and I'm going, 'I've seen this guy on TV.' He said he has 'Baby Hold On' in the set list. I couldn't believe it. So we've got a lot of great fans out there and things have been going pretty good."

"Two Tickets to Paradise" has become one of Money's signature calling cards, but as he recalls, he spent six months writing the future classic and when he shared it with the record label, they thought that it wouldn't be "commercial enough for AM radio." Money's reaction at that time? "Holy fucking shit!" He went back to the drawing board with his writing partner, guitarist Jimmy Lyon, and in two and a half days, they wrote another song called "Baby Hold On." Both songs went Top 40 and the self-titled Eddie Money album to date has sold nearly three million copies. Money ended up getting the last laugh and his track record of chart success would continue through the '80s, even when he was far off the rails and surrounded by drug and alcohol excess.

The title of the No Control album, which he calls his most successful album (and the one which spawned another Money classic, "Shakin'') was accurately named, following on the heels of a drug overdose that left Money in such bad shape that he couldn't walk for nearly nine months after damaging the sciatic nerve in his left leg. Thankfully, Money was able to rally and move forward.

The House of Blues show will find Money on the lookout, as he always is, for his "ladies of the '80s." He promises us that "Endless Nights," a smooth rockin' favorite of those ladies, will be in the set list, and the same thing goes for many of his other hits, some of which have gotten additional play outside the radio airwaves and iPods. Hint: His wife wasn't thrilled.

"A lot of these girls that dance in these gentlemen's clubs, they love 'Take Me Home Tonight' and they like to dance to 'Shakin' and 'Two Tickets To Paradise.' When Twitter came out, I think that every chick that ever climbed the pole was trying to get in touch with me. My wife shut me down in 20 minutes."

Money is ambivalent regarding the prospects of a new album ("Once they buy your greatest hits, they don't give a shit if you live or die, you know that.") But he says that Cleveland fans can expect a good show.