Death Is This Communion (Relapse) 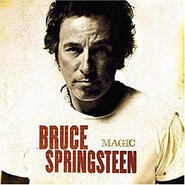 Stoner-metal stud Matt Pike and his current crew's fourth album, Death Is This Communion, roils with squalling gale-force winds. Featuring Babylonian mythology seemingly lifted from D&D's Monster Manual, the disc doesn't contain a single track that immediately grabs you like "Anointing of Seer," off 2005's Blessed Black Wings. But it does feature the heaviest of heaviocity, as well as Pike playing his new 50-string axe. Okay, it only has nine strings, but it does make for unique intros to several songs, including "Cyclopian Scape," which sounds like Jimmy Page lost on the moors, and "Waste of Tiamat," wherein Pike's power-gathering thrum sets the stage for a jam that pounds like a pissed-off gorilla.

As for the vocals, Pike delivers some of his best ever; he even sounds like Lemmy on "Rumors of War." But overall, the riffs are dense and the songs develop at a methodical pace, so you're probably going to dig Death Is This Communion more a year from now. Regardless, a new disc means a High On Fire tour, which entails Pike performing shirtless acts of metal sorcery in the flesh. Awesome.