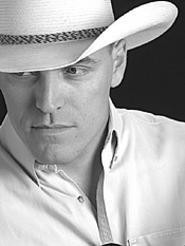 If American Idol's pop tarts represent contemporary pop culture at its most disposable, then its country cousin, Nashville Star, embodies the triumph of a good old-fashioned work ethic. With contestants typically in their 30s, married, and veterans of a roadhouse circuit that chews up and spits out hundreds of big-hatted singers every year, Nashville Star is American Idol's antithesis -- stuffed with dues-paying, talented musicians whose dreams of hitting the big time reach further back than the Britney era.

"I've done the normal singer-songwriter thing," says George Canyon, runner-up in the second season of the USA Network program, which wrapped last month. "I've been turned down many, many times."

Canyon joins winner Brad Cotter and third- and fourth-place finishers Matt Lindahl and Lance Miller, respectively, on the Nashville Star Tour, which comes to town Saturday. It's a 90-minute show that features the four finalists performing choice covers (from Johnny Cash to Brooks & Dunn) and -- gasp! -- their own songs. "Music played a very crucial role in my culture," Canyon says. "We had kitchen parties Sunday after church, playing guitars and fiddles and singing.

"I grew up listening to everything, from old Celtic music to country. I'm not genre-specific, but I know what moves me. I love old country music -- Haggard, Waylon, and Cash. I'm just a huge fan of the classics. That's where my roots are."

Canyon -- a 33-year-old husband and father from Canada -- says he's grateful for the television exposure, but he's also humbled by it. "I can't believe I made the bloody show," he says. "I'm shocked where I ended up. My game plan was just to get something on my résumé. I never thought, at any time, that I would go all the way.

He also realizes that two and a half months of national attention trumps more than a decade of playing Canadian bars. "I'm now an established artist, even though I've been doing this for 14 years," he laughs. "There is some truth about overnight success with this show. But it's like anything, though. If you put enough time in it, you will improve."

As with last season's winner, Buddy Jewel, 2004 champion Cotter scored a record contract with Sony (his debut CD comes out next month). Canyon didn't sign with the label, but he is shopping around songs for an album he hopes to release by the end of the year. ("Good Day to Ride," the song he wrote and performed on Nashville Star, reached the Top 20 in Canada.)

Right now, Canyon is contemplating his next move. Once the tour is over, he's planning to relocate to Nashville, so he can be closer to the industry he hopes will nurture him for many years to come. "I'm a pretty simple man," he says. "What you see is what you get."