His Aim is True: When Huey Lewis Needed a Hit Single, He Delivered— And Then Some 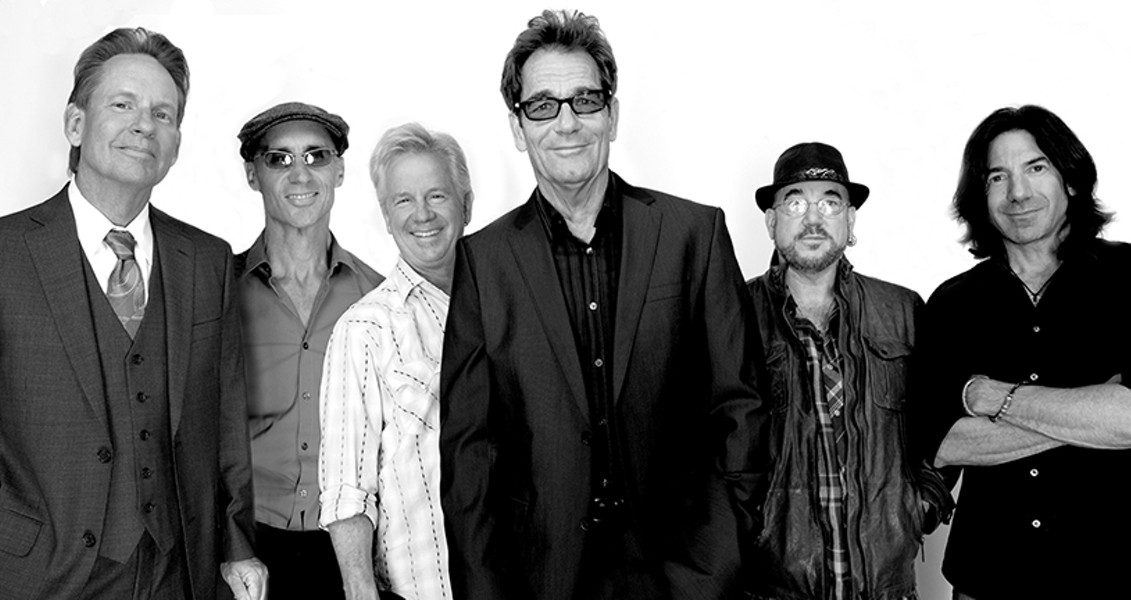 When you consider the musical landscape of the '80s, the enormous amount of success that Huey Lewis and the News enjoyed is something that's pretty remarkable. While things like synths and drum machines and power ballads might have been dominant at the time, the San Francisco-based group — heavily influenced by old school soul and R&B — found a way to channel its natural influences and present them in a fashion that still sounded current.

Lewis explains the science behind it all during a recent phone conversation from his home.

"The angle was the new and the old [together]," he says. "We wrote old school R&B-based songs, but we used the up-to-the-minute technology of the time, believe it or not. Those records were pieced together one piece at a time."

After their 1980 self-titled album went nowhere, Lewis and the group began to refine their approach using the above thought process. They found some initial success with a string of singles from their 1982 album Picture This. Those hits included the Mutt Lange-penned "Do You Believe In Love," which brought the band its first Top Ten hit. With Picture This, the band began to produce its own albums, something Lewis says was key to their eventual success.

"Our manager Bob Brown fought for that for us because he thought our demos were better than [the album]," Lewis says. "You know, our first record, Bill Schnee produced it and it died. But I really bullied Schnee — it was really my fault to be honest. I thought if we ran in there and resisted the [traditional] recording process and [worked] fast with everything, we'd have a live sounding record. Of course, that's not the case. Anytime you're recording and you're working on something, it's not live. So if you want it to sound live, you've got to fake it. I learned a lot from [the experience of working with] Schnee."

The band's breakthrough album Sports was released in 1983, and by that time Lewis was well aware what the group needed to do to bring it all home. Looking back, he calls Sports "an album of its time and a collection of singles."

"We aimed almost every song at radio, because we knew we needed a hit single," he says. "We didn't know which one of those songs was going to be a hit and we didn't want to repeat ourselves. So one's kind of a ballad, one's kind of a rocker, but they're all aimed at radio. We insisted on doing that ourselves."

As it turns out, the band had great aim — the singles from Sports broke big and they scored a total of five Top 40 singles, four of which went Top 10. By the time they got to the release of the third single from Sports, "The Heart of Rock & Roll" in April 1984, they were well on their way to placing a Huey Lewis and the News album in every home. When Lewis came up with the original song idea for "Heart," it began with the lyrical seed of Cleveland's music legacy.

"I'd always heard that Cleveland was a great rock 'n' roll town. I'd never been anywhere. I'm from San Francisco and I'm thinking 'How can that be?' You know, the music we have here in San Francisco is so great. How can Cleveland be a rock 'n' roll town? In the early '80s, we played the Agora and we had this amazing gig. The crowd was so fantastic. How did they know us? I don't even know. But we had this fabulous gig and on the way out of town on the bus, it's kind of a gray day and so I'm thinking about last night's gig. I just said out loud, 'Man, you know what? It turns out Cleveland really is the heart of rock 'n' roll,' I said to everybody. 'How about that gig? Cleveland really is the heart of rock 'n' roll.' Then I said 'Whoa, wait a second! That's an idea for a song. The heart of rock 'n' roll is in Cleveland!" Everybody goes 'ehhhhhhh.' [Laughs] But that was the inspiration."

Songs like "The Heart of Rock & Roll" and "I Want a New Drug" developed as one might expect, out on the road. But even after the band had already recorded some of the songs, Lewis still felt like something was missing, so he took the songs out of the studio and back onto the stage, something he says became a consistent practice.

"We tried to do that as much as possible, because we instantly realized from our very first record when we went out and played it with the Doobie Brothers, how much better we played the songs than we had when we cut them. The thing about road-testing songs that's nice is that it's not about the reaction — it's about how you feel selling that song to an audience as opposed to sitting in some studio somewhere."

As the guys enter their 35th year together, they're still creating new music. And they're still road-testing new songs. One of those tunes, "While We're Young," will be on the setlist when they play Hard Rock Live this week. Lewis acknowledges that the title of the song is definitely tongue in cheek and he also says that there are some other ideas incubating.

"Nowadays, you kind of have to do it for yourself," he continues. "And it's not even that you're tired of playing the old songs, because we're not, frankly. Fortunately, we've got enough of the old ones that when you rotate them around, you can keep it kind of fresh and all of that stuff. We don't work 200 shows a year anymore either, so it's always fun. 'The Heart of Rock & Roll' is a great song that's always fun to play, man. One thing that is nice about a new song is that you've got a new story to tell."