The greatest-hits format has fallen out of favor, but sometimes the results are golden. 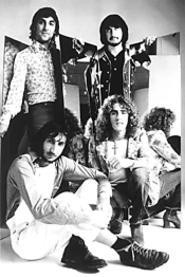 The frontman and songwriter for a popular West Coast pop-punk band is asked whether his group has considered releasing a single-disc collection of career highlights. (In 15 years, the band in question has released about 10 albums and EPs with several different lineups.) His face clouds, as if the thought had never crossed his mind. "No, I don't think anybody'd be interested in a rehash," he says.

Two musicians and rock geeks are discussing the Rolling Stones. Somehow, the greatest-hits double album Hot Rocks comes up, and one of them sighs and shakes his head. "I have problems with that thing," he says, clearly aggrieved at its very existence.

Yes, the venerable, durable "greatest hits" format has fallen out of favor with a certain breed of obsessive pop listener. Boxed sets, multi-artist compilations, and obscurities collections à la the Beatles' Anthology have retained some measure of cool. But the commercial and artistic model that has served listeners so well for so long -- the one- or two-disc collection of career highlights by a single artist -- now meets with the kind of scorn previously reserved for mime-along TV "performances" or medleys of cover songs.

Perhaps we shouldn't be surprised. Obscurity and obscurantism are the most easily and quickly obtained badges of cool for any pop act, and the same holds true for pop listeners (e.g., "If I had to buy six albums to understand the career of Pere Ubu, then so should everybody else"). Nick Hornby's novel High Fidelity gets it exactly right on this count: Its record-store geeks are constantly berating customers and each other for their superficial tastes. When they make up their lists of the top five Elvis Costello songs, they are careful to include an unreleased demo version of "Everyday I Write the Book" to counteract the uncool obviousness of "Alison."

Some of the criticism by pop intelligentsia is valid. Too often in the past, record-company villains have misused the best-of format. Instead of sweepingly informative surveys of artistic high points, we've been offered narrow, sales-obsessed, gimmicky jumbles of decontextualized song product. The Pretenders/UB40 cover of "I Got You Babe" is a faintly amusing trifle, but does it really deserve its place on the Pretenders' Singles collection? Other anthologies advertise themselves as "all the best," but are limited to certain periods of the artist's career, usually when the act was signed to a specific label. The gruesome results are visible in absurdities such as the Replacements collection a few years back (1997's All for Nothing/Nothing for All) that covered only the Sire years, ignoring the earlier Twin/Tone albums that made the band legendary.

But the sins of a few hardly justify the condemnation of the many. The mind reels at the towering greatest-hits albums of the ages: What would life be like without the Who LP Meaty Beaty Big and Bouncy? How many bedroom revolutionaries have waved their fists to The Story of the Clash? Is there a better rock and roll recording, in any form, than Chuck Berry's The Great 28? Anybody who disses best-of albums can certainly recall one or two that changed his or her life. If you had to teach a Neanderthal about the Beatles, you would play the 1962-1966 and 1967-1970 collections, right?

When a best-of is put together with the music fan in mind, the results can be pure gold. Rhino Records has compiled flawless collections by everybody from Otis Redding to INXS to Black Oak Arkansas. In place of the Cars' skimpy old Greatest Hits, the label offers a two-disc collection with all the hits and then some: notable LP tracks, a couple of early demos, and the essential liner notes and photos. That's the formula Rhino has used with such success so far, and its latest crop of best-ofs is no exception. Hip-hop has never been well represented in this format, but The Best of Busta Rhymes and The Very Best of MC Lyte could serve as templates for future efforts. The tracks span the artists' entire careers, including both early curiosities and recent smashes. They're presented chronologically, which isn't strictly necessary, but always helps. And the booklets are full of photos, along with readable, intelligent overview essays. To give you some idea of the diversity of Rhino's typical offerings, the aforementioned discs appeared recently alongside new Rhino collections by Judy Collins, Graham Central Station, Patti Austin, and Deee-Lite. It raises the question: Is somebody sitting around in an office in California deciding, "Now is the time for a Deee-Lite anthology"?

Yes, that's what Rhino's A&R people do all day. Sounds like a nice job, huh?

"We're music fans, and we know intuitively that there are a lot of acts that don't have [a best-of], or there is one, but it's not as good as it could be," says David McLees, vice president of A&R for Rhino.

Rhino is now part of the Time/Warner global media cabal, which means that the company has nearly unlimited access to the back catalogs of labels such as Reprise, Sire, Elektra, and Atlantic. Warner is, of course, interested in peddling as much of this musty old stuff as possible. All well and good for the Warner boys, but that kind of thinking has given us the skimpy, chintzy cash-in collections of the past. Luckily for us, Rhino has been able to prove that these things sell better when they're done right.

McLees cites a personal favorite of his, the band America, as a case study in the art of the greatest-hits album. "America's History album was released on LP in the middle of their career," he says. "When it came out on CD, nothing extra was done to it. It sold very well, but it's only got 10 tracks on it, from only part of their career. What we did was put out a 20-track complete greatest hits. We're fans, so we know how to add value."

This added value probably makes the snobbishness toward the greatest-hits album even sharper in some people: The songs that the obsessives painstakingly hunted down over many years, those evasive non-LP singles and mysterious Japanese B-sides, are suddenly alongside the radio hits on a nice little CD that anybody can buy at any mall in the developed world. It's enough to drive a rock geek insane. Meanwhile, the general public gets a chance to hear some great music without making a full-time career out of digging it up.

In a perfect world, ruled by a benevolent government that believes in the power of pop music, every act with more than three or four albums to its credit would release a greatest hits.

The greatest-hits album, freed from its traditional status as a flimsy rip-off item, can be democracy in plastic form. You may not have much discretionary income, you may not have an opinion on the Motown versus Stax debate, but you, too, can find your way through the treasures and trash of modern pop music, thanks to our sturdy little friend. You can call it a greatest-hits album, a best-of collection, or a career anthology, but don't call it useless.