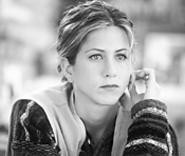 Sometimes when a director shoots at a barn, the satisfaction comes in simply watching him hit it dead center. So it is with The Good Girl, wherein Miguel Arteta (Star Maps) targets Middle American ennui with wit, compassion, and no shortage of ornery malaise. Like Arteta's second feature, Chuck & Buck, this one's written by Mike White (Freaks and Geeks; Rebel Yell: The Billy Idol Story), and it contains elements of Arteta's oeuvre so consistent and familiar that they almost constitute a trilogy: America as emotional penitentiary; risky tryst as prison break; devious jealousy among kith and kin; sad (and bad) lad; bad (and sad) dad; matriarchal mortality; affluence (here disguised as Christianity) as tranquilizer. The guy's range is actually quite small, but any scene feels like a previously unreleased video for Springsteen's "Hungry Heart" (or, for that matter, any Springsteen song), so passionate is his populism.

What's impressive about The Good Girl is that it's likely to escape the trenches of the art-house circuit and put Arteta on his own star map. In design and execution, it's much more user-friendly (read: straight, white) than his previous works, its creepy underbelly better concealed, its in-your-face radicalism somewhat restrained in service of a nasty aftertaste.

The events unspooling in this fictional Texas podunk (filmed in SoCal's San Fernando Valley; same difference) are likely to seem downright normal at first, especially to Friends fans drawn in by the showcasing of Jennifer Aniston. With this ploy, Arteta and White embed their hook and reel in their possibly unsuspecting audience.

Aniston does a lovely job playing Justine Last, retail employee at the depressingly fluorescent Retail Rodeo, discouraged wife of pothead housepainter Phil Last (a spot-on John C. Reilly), and -- most disturbingly -- confused girl who has finally hit 30. A cauldron of unexamined impulses, Justine is quickly drawn to morose co-worker Holden Worther (Tobey Maguire . . . oops, make that Jake Gyllenhaal), who -- like his namesake, Holden Caulfield, from The Catcher in the Rye -- has decided that he's "put upon by society and the hypocrisy of the world." Drained by her staid little shack-up with "pig" Phil, Justine is drawn into the sorrows of young Worther, and eventually into a reality-changing affair with him, in the company storeroom or between the bedside artichoke lamps of the tacky Motel Glen Capri, sparing no $45 charge to the plastic.

On the surface, The Good Girl smells a lot like Raising Arizona -- if more grainy, less zany -- in its simultaneously affectionate and appalled portraiture of our wasteland's supposedly backward inhabitants (many of whom could be reading this review at home on the Internet). But unlike the freaks of the Coen brothers' white-trash-genre standard, these folks feel uncomfortably real. When Retail Rodeo's grande dame Gwen (Deborah Rush) exhorts, "You don't get paid to pick your crack! You get paid to work!" there's not a whiff of caricature to it. Likewise the hilarious but plausible presence of wannabe goth Cheryl (Zooey Deschanel), who offers a makeup customer a new product called "Cirque du Face . . . or 'Circus of the Face.'"

There are a few zingers in White's dialogue -- only an evil critic would spill them in print -- and the project exudes a glibness that makes grotesque folks seem engaging. Cases in point are Phil's crass, envious little buddy, Bubba (Tim Blake Nelson) or White himself as an extremely repressed Bible-thumper named Corny. We also learn more than we may desire about the community when Jack Field, Your Store Manager (John Carroll Lynch), advises his employees, "Don't steal, and don't be disturbed."

Of course, it's Justine's disturbed state -- exacerbated by her childlike husband and increasingly deranged lover -- that makes the movie, and Arteta and White should be commended for expanding their worldview. Their bewildered young male stand-in is still a major component, but now this story is about more than being driven to stick one's sperm where it ill belongs. It also would've been easy to make an Americana movie as trite and repugnantly formulaic as a Counting Crows album, or to trot out a lazy retail sequel to Where the Heart Is (a.k.a. Where Wal-Mart Is). But the fellows challenge themselves with their Good Girl.

As Justine, Aniston gives us a suitably rangy performance, and even when everything is tied up in Arteta's smart, curt running time -- thanks for that -- we're left with unsettling echoes. Up top, Justine seems pretty nice, but as her addictive desire and attendant denial drive her into ever direr straits, we are forced to question her country-girl integrity, as well as her country itself. This girl's certainly not good by any common definition, but neither is she particularly wicked. She's just nuts, and in Arteta's world, why wouldn't she be?