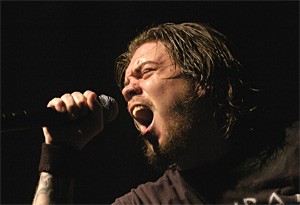 Chimaira — Cleveland's international ambassador of heavy metal — will celebrate its 10th anniversary with a special headlining gig on Saturday, July 12, at Peabody's (2083 East 21st Street). The sextet will perform three or four songs from each of its five releases, dating back to 2000's This Present Darkness EP.

"We're going to play stuff that the new fans will respond to and the oldies that the older fans will like hearing," says guitarist Rob Arnold. "We're tight, and we're going to make it happen."

The set should run between 60 and 90 minutes. It will be the last live performance until December's Chimaira Christmas 9. The band will work on its new record between the two shows.

Chimaira first practiced together in August 1998, uniting members of Skipline and Ascension at Rock & Roll City Studios on the West Side. The group signed to Roadrunner Records for 2001's Pass Out of Existence, which made fans, including Slayer guitarist Kerry King. The Impossibility of Reason (from 2003) sold more than 100,000 copies. The New York Times called 2005's self-titled CD "bleakly thrilling." Last year's Resurrection (released on indie label Ferret Music) has sold 76,000 copies.

"We take a deep breath sometimes and say, 'Wow, it's been 10 years,'" says Arnold. "We don't feel like we've crossed the hill now and we're on the way down. Maybe we have another 10 years in us."

• Vh1 Soul and Vh1.com have added the video for Youngstown rapper Pryslezz's "More Than a Love Song," which features Grammy-nominated singer Dwele.