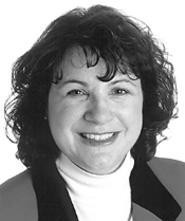 A lot of people like Jan Leach, and it isn't hard to figure why. She's smart. She's quick with a laugh. She treats her employees well.

That sunny bearing wouldn't be noteworthy if Leach were the boss at a bakery, a junior high, or even a muffler shop. But she's the editor of a prominent newspaper, the Akron Beacon Journal -- a job that traditionally involves Erie-sized egos and broken phone receivers, a job in which a well-placed string of expletives was once considered an enlightened motivational technique.

"One of her strengths is that Jan treats newsroom people as real people," says Mike Needs, the Beacon's public editor.

Explains Leach: "I always thought people needed to have a life to report on everybody else's. I often felt that if we were so tied to our desks -- if we couldn't make time for soccer games or Girl Scouts -- then we weren't really in touch."

These days, Leach is something of an expert on trying to have a life. After five years of heading the Beacon, she plans to leave March 1. She was no longer able to "juggle demands of editor, mother, wife, community involvement and more," she wrote in a memo.

The explanation would draw howls if offered by a politician or CEO, but even newsroom cynics concede Leach's words ring legit. She has three daughters under the age of 12. Her husband landed a new job in Cleveland. And her mother isn't well.

"We're so conditioned to be like 'Yeah, right,'" when someone uses the spend-more-time-with-family line, says a former Beacon staffer. "But in her case, I think it's actually true."

The balance between work and home was one of the reasons Leach took the Beacon post five years ago. Raised in the Cleveland suburbs, she bounced around at smaller papers before doing stints at The Arizona Republic, The Phoenix Gazette, and The Cincinnati Enquirer.

Like many in the biz, Leach had long admired the Beacon, with its fat budgets, big news hole, and prodigious reputation. The paper had won three Pulitzers in three decades; it had been named best newspaper in Ohio nine times over one 14-year stretch. Staffers were well paid and content; ambitious work was expected.

"It is a dream job," says Leach. "How often do you get a chance to be the editor of a paper like the Beacon?"

Despite the weight of the paper's history, Leach didn't wait long to apply her stamp. She established an "Akron Touchstones" beat, covering all the things that made the city unique, like the Soap Box Derby. She anointed a public editor to vet complaints and probe mistakes. She pushed coverage of children's issues. She went hard-ass for open records.

"She believed that readers find newspapers difficult to navigate, difficult to know who to talk to, and somewhat intimidating," says Needs. "She wanted to lower those barriers."

Not everyone joined the parade. Her down-home demeanor -- diametrically opposed to her Sphinx-like predecessor, Dale Allen -- turned off some staffers. Others worried that she was putting less emphasis on the hard news that had brought the paper its glory, especially after some of her most aggressive lieutenants left for other shops. When Leach announced she was leaving, it didn't go unnoticed that she mostly talked about "soft" things like children's issues and community involvement.

"It wasn't stuff like how we ripped into the state budget crisis," says one reporter. "We were doing those things, but they were in spite of her, not because of her."

Yet even her detractors concede Leach was put in an impossible position: to maintain the Beacon's quality with dwindling resources. Throughout the 1990s, parent company Knight-Ridder had been squeezing its papers for higher and higher profit margins. By 2000, Leach's dream job became a nightmare. The paper killed popular sections and shut down suburban bureaus. It trimmed its Columbus office and slashed travel expenses -- even though it maintained profit margins of 20-plus percent.

By the spring of 2001, when layoffs began, the Beacon had become the poster child of profit-margin journalism -- a once great paper gutted to appease the demands of Wall Street.

"It was the kind of stuff that was happening at papers all over the county, but it was happening all at once at the Beacon," says columnist David Giffels. "It's like they decided to rip the Band-Aid in one stroke."

Leach did what she could to lessen the blow. She made calls, pulled strings, tried to open doors for the newly laid-off. She attempted to convince those still standing that the paper remained capable of quality work. "It was very hard for her too," says Stephanie Warsmith, who leads the reporter's union. "She did everything she could."

Almost two years on, Leach puts a soft-focus on the ugly episode. "It was bad, but I think it's the reality of business today, and it's not just the journalism business," she says. "It tested our creativity. What can we do with what we've got? Three of the years I was here, we were named Best Newspaper in Ohio. If these weren't the best resource years, we did a damn good job."

But most believe it took a personal toll. "My opinion is that she got a raw deal," says Giffels. "She didn't know what was on the horizon [when she arrived]. She didn't get as much payback as heartache."

It didn't help that in recent months, Leach also faced increasing demands from home. Her husband completed law school and could no longer arrange his schedule to care for their kids. "He works in Cleveland now, so everything that's done here [in Akron] became my responsibility," says Leach. "It became very difficult."

That frustration became a source of discussion in the newsroom several weeks ago, when Leach got into an argument with Publisher James Crutchfield. As reporters in the newsroom looked on, several heard Leach yell at Crutchfield, "I'm so sick of this shit."

Neither Leach nor Crutchfield will talk specifics, but both say the incident wasn't a factor in her departure. "It wasn't the straw that broke the camel's back or anything," says Leach. "We had been talking about my struggles between work and family for months."

For the time being, Leach wants to take care of her kids and mother, and stay involved in the business. If she returns, her qualifications will be hard to beat. She now holds a graduate degree in the art of slashing budgets. Given Wall Street's increasing demands on daily newspapers, this may be the most valuable skill of all.