Chris Scruggs swings his way out of a country-music dynasty. 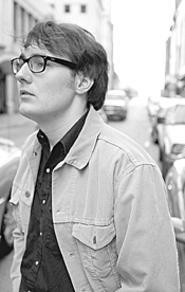 Chris Scruggs admits that he wasn't a very popular kid in school. Growing up in Nashville in the mid-'90s, he listened to "ragtime, Western swing, honky-tonk, and Dixieland jazz," he says, adding sarcastically, "all the cool kids listened to that." These days, Scruggs -- the 22-year-old son of 1980s country singer Gail Davies and the grandson of banjo legend Earl Scruggs -- incorporates dabs of all those genres into his mix of alt-country and rockabilly barn-burners.

His debut album, 2003's Honky Tonkin' Lifestyle, is heavy on style and technique. Scruggs first picked up a guitar when he was 11; by 14 he was fronting his own band. He recently spent some time in BR549, Nashville's favorite neotraditionalists. "I started playing on the same street as those guys in Nashville," he says. "And it kinda evolved into BR549 Mach II."

Scruggs plans to return to the studio and record his second album, due sometime this year. But don't expect any left turns anytime soon, he says. "There aren't any super-important singer-songwriter things going on in my music," he notes. "I'm not serious enough for that. I need to buy a harmonica rack first." Scruggs is at the Beachland Tavern (15711 Waterloo Road) at 8 p.m. Friday. Tickets are $8; call 216-383-1124. -- Michael Gallucci

Instead of dancing in front of a dorm-room mirror, Melissa Sciccone and her roommates are bustin' moves on Posh! Dance TV. The American Bandstand-style TV show is taped every Friday night at Posh and airs Wednesday afternoons and Sunday nights on Time Warner Cable. "My grandma met Dick Clark once," says Sciccone. "Maybe one day, I can tell my grandchildren I met somebody like him." Hosted by DJ Jim Aicone, the show also features minute-long cooking segments with the club's Chef Shawn and cocktail-mixing tips from a bartender. "We figured, 'Why not? Let's give it a try,'" says Daniel Ringer, the club's general manager. "The younger crowd will jump all over it, because they love mugging in front of the camera." The show tapes from 10 p.m. to 1:30 a.m. Friday at Posh, 1 West Exchange Street in Akron. Admission is free; call 330-253-7777. -- Cris Glaser

World War Me
Artist takes a look at the personal side of conflict.

For A Hero's Journey: The War Within, artist Rod DeFoe found inspiration in an old atlas of American war zones. "Out there is a macrocosm of conflict," says DeFoe. "Inside of us, we have our own little wars." In his signature piece, DeFoe's silhouette is plastered with Civil War and World War I maps. "To bibliophiles out there, I destroyed a book," jokes DeFoe. "But I was driven to make a political statement." The show's on view Monday through June 11 at the Fine Arts Association's Main Gallery, 38660 Mentor Avenue in Willoughby. It's open from 9 a.m. to 8 p.m. Monday through Thursday, 9 a.m. to 7 p.m. Friday, and 9 a.m. to 3 p.m. Saturday. Admission is free; call 440-951-6637. -- Cris Glaser