Nationwide advises state workers to invest in a fund that benefits . . . Nationwide. 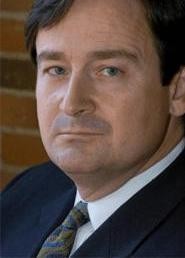 In February 2003, Dr. Sandra Caramela-Miller, a counselor for Cuyahoga County, took a big step. The first-time investor plunked $11,500 into a state-sponsored retirement fund. Three months later, when her first statement arrived, she was eager to see how her money had grown.

Her excitement turned to disbelief when she saw the bottom line: Her investment had brought but a measly 1 percent return. She would have earned the same if she'd simply left her money in a savings account.

Caramela-Miller chalked the numbers up to the unpredictability of the market. But for two years, statements kept arriving with the same lackluster results. She panicked.

She talked about her concerns to Kevin Roberts, a lawyer and longtime friend. She told him how she'd called the state help line, not knowing she was speaking to someone from Nationwide Retirement Solutions, which the state was paying $4 million a year to educate government workers about asset allocation. She explained that she was looking for something low-risk. The advisor was helpful, friendly, and clearly more knowledgeable than she was. So when he recommended that she put most of her money into a guaranteed-return option fund (GRO), she had no reason to distrust him.

What she didn't know was that she was being directed to invest in the program's worst-performing fund. Over the previous 10 years, it had produced just a 5.9 percent rate of return, dead last among the 24 funds being offered under the program.

But though the fund had proved a deadbeat for government employees, Nationwide had an incentive to steer Caramela-Miller that way. Its sister company, Nationwide Life Insurance, managed the largest share of the fund. The more participants Nationwide Retirement enrolled, the more money Nationwide Life stood to make.

In 1999, when the Dublin, Ohio company first contracted with the state, it claimed to manage the retirement investments of a million public employees in several states. Keith Overly, who oversees the program for the state, says that the contract was renewed over the years due to Nationwide's Ohio ties and its willingness to devote full-time workers solely to the state's program.

Since then, the company has been paid $21.6 million to educate and inform workers on the best way to allocate their investments. But people like Caramela-Miller are now accusing Nationwide of basing its counsel on what's best for the company, not the workers it purports to serve.

The rate of return on the GRO is so low, says Roberts, that "the only people able to retire off them are Nationwide executives."

In 1999, 43 percent of all the workers' investments were placed in the GRO. By 2002, the figure had grown to 61 percent. Not only were investors getting poor returns, but the ratio defied conventional wisdom, which dictates that investments should be spread around to ensure stability.

"GROs can't generate the rate of return over the long term that either the stock market or the bond market has historically yielded," says Josh Cohen, an attorney representing Caramela-Miller, who has sued Nationwide for breach of duty. "Over the long term, it makes absolutely no sense to invest in them."

Even accounting for recession and the increasing trend toward low-risk investments, Bradley Stevenson finds the program's portfolio troubling. "Sixty-one percent sounds disproportionately high," says the professor of finance at the University of Akron. "With the GRO, your retirement situation is not going to be as good."

Caramela-Miller accuses Nationwide of withholding information so that novice investors would naturally turn to the company's fund.

"It's hard enough for a fund manager to beat the market," says Roberts. "What are the odds that an uneducated person who's only getting half the information will choose well? When a bunch of uninformed people are thrust into the deep end of the pool themselves, they're not likely to perform very well."

Though Nationwide didn't respond to repeated interview requests, its lawyers insist that the company never steered people to its own funds. The imbalance, they argue, simply reflects a desire for less risk. And workers can always switch to better-performing funds. The decision, company lawyers say in one court brief, "is left in the employee's hands, not ours."

Overly takes the same tack. He notes that "there's a high satisfaction level with [Nationwide's] services, based on participation surveys," and that there's a difference between "educating" and "advising" workers.

"We have a separate company that does investment advising," Overly says. "They help us to select and monitor investment managers. We meet with them on a quarterly basis to review performances."

But Caramela-Miller finds these arguments disingenuous. Novice investors are bound to take their cues from Nationwide, and she accuses the company of failing to mention better funds. "I only found out later that there were other conservative options I hadn't been told about," she says. "I feel like I was hoodwinked."

This, however, won't be easy to prove. Nationwide's contract with the state includes a clause that shields the company from lawsuits claiming anything other than fraud. Caramela-Miller sued anyway, arguing that the clause is unconstitutional.

"Could you imagine a statute where teachers are immune from misconduct and doctors at public hospitals are immunized from malpractice suits?" Roberts asks. "That's essentially what this clause is doing."

While Judge Kenneth Callahan considers whether to let the suit go forward, Nationwide is still making millions on the deal. In January, the state awarded the company another four-year contract.