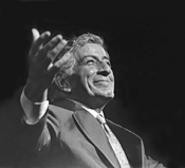 It was short and not so sweet, but Amps II Eleven's recent debut at the Revolution was almost as impressive as the uninterrupted stream of epithets that bassist Tony Erba let loose. Playing an abbreviated half-hour set, the former Stepsister, along with new vocalist Matt Wroth and drummer Steve Callahan, truly kicked out the jams -- along with the punk pretense. Playing full-on man rock with groove and grit to spare, Amps II Eleven had the crowd experiencing punch-drunk love for real.

Cleveland's Lyrical Contraband label recently had three cuts selected for inclusion on the soundtrack to the TNT series Witchblade. Rapper Not will contribute two songs, and R&B siren Mahlika will kick in a number as well. The best news: Neither Not nor Mahlika sucks like the series does.

SoCal nü metallers Trapt will be at the Parma Heights Record Exchange (6271 Pearl Road) Friday, December 13. Their visit kicks off at 4 p.m.; free Trapt T-shirts are up for grabs.

The Sign-Offs' packed November 27 show at the Grog Shop was taped by Adelphia cable. Check local listings for times -- you don't want to miss it.

The Vacancies will be filming their December 16 Peabody's show for an upcoming video. Show up, go nuts, and be sure to wear something that goes well with sweat and Straub.

Last year's closing of Cleveland indie enclave Speak in Tongues was bad enough; now Kent's like-minded Mantis has been shuttered by the fire marshal. Sure, the Mantis's bathrooms were the armpit of Northeast Ohio, and its decor was as uncouth as the bands that played there, but the place's unbounded, anything-goes ethos made it an important spot for local music. The door hasn't been shut for good, however. To assist in the efforts to reopen the Mantis, go to the Ohio Hystairical Musick Society's website at http://ohms.nu/.

The nonprofit Musick Society is now offering its 2003-'04 "Thirteen Months of Mayhem" calendar. Featuring live shots of more than two dozen underground bands, including Kill the Hippies, the Styrenes, the Chrome Kickers, and yes, the Pirates Who Carve Out Your Eyes and Piss in Your Eye Sockets, the calendar is a great way to support the local music scene and, you know, keep abreast of what day it is. The calendar costs $12 plus $2.50 shipping; go to http://ohms.nu/calendar.html#orders.

WMMS's The Metal Show, which aired Sunday nights at 10 p.m., was pulled when host The Warlock left the station. Sure, the show, with ultra-antagonistic co-host Chris Akin, occasionally rubbed folks the wrong way (and we've certainly been in their crosshairs before), but that's what was good about it. An important source for local metal, the show was one of the few FM programs that spared no one.