It took 45 minutes to find his mother's rapist. Should Timothy Holt get life for what happened next? 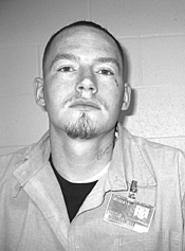 "Mom was raped." It's one of those sentences that hits your bloodstream harder than any drug. You hear it from your sister, who's on the phone crying. It was the guy from the bar last night. Fortyish, thin, with the Croatian accent. He knew your mom from the old days. He bought you drinks. You called Mom, told her to come down for a reunion.

Mom seemed happy to see him. She stayed after you left. But now it's morning, and the family has gathered to comfort her. You remember how the man, Tony, asked you to call her. He used you to set his trap.

Rage flushes through your body. It's hard to be rational. Tony wasn't rational. He should know that if you rape the mom of a tough kid from the lower West Side, you won't live to talk about it.

So if you're Timothy Holt, 27, burdened by the knowledge that your phone call led to your mother's rape, burdened by knowing that your friend has a gun and that you could probably find this Tony within the hour, you won't wait for the official brand of justice.

And if you can understand how Holt could have done something rash and violent, he argues, it stands to reason that he deserves something less than a minimum of 23 years behind bars.

Tony Mesic, had bone cancer that had picked 60 pounds off his frame over the last 12 months. Friends couldn't persuade him to visit a doctor. He found his treatment on a stool at Henry's bar on Clark Street. "Home away from home," as his ex-wife Annie Dwiazda puts it.

That's where he ran into Holt last September 29. Holt's mother, Sue Koltiska, would soon arrive to see her old friend. The night ended in Mesic's car.

Koltiska told her family that Mesic must have slipped something into her drink, that he forced her to perform oral sex before kicking her out of the car.

The next morning, a Sunday, found Mesic sitting at his mom's kitchen table with a Sausage McMuffin, trying to eat away a blood-alcohol level of .26. There was a knock at the door.

"I can't remember what was said or how he came out of the house," says Holt.

He vaguely remembers Mesic offering a sloppy apology, something along the lines of "I guess things got a little out of hand." Holt responded with a Glock. Slumped over, with a slug in his chest, Mesic looked up, smiled, and said, "Thank you."

Holt had more bullets. He put the 10th one into Mesic's forehead, point blank.

It wasn't until this moment that Holt came to his senses, he says. Often, what distinguishes murder from manslaughter is that the murderer not only plots the killing, he plots an alibi. Such calculation warrants a heavier sentence.

"How designed could it be?" he says. "I drove my own car, parked right in front of his house. I wore no mask, no gloves. And I knocked on the door in broad daylight. It's not like I bought a Michael Myers mask and hid in the bushes."

For the next week, as the police investigated, Holt, a barber by trade, went about his normal routine, though the burden weighed heavily on him. As detectives sought out his mother, he worried that she'd be a suspect and turned himself in instead.

Holt says his trial in February was marred by the inadequacies of Robert Ruggeri, an attorney chosen for familiarity -- Ruggeri runs a print shop across Fulton Street from Holt's barber shop. Family members say Ruggeri seemed naive about the ways of a murder trial. Ruggeri claims to have worked "multiple" murder cases, but won't offer specifics.

Ruggeri advised against a jury trial, though Holt now wonders if a Cuyahoga County jury would have been more sympathetic. Ruggeri also dissuaded his client from pleading to manslaughter, saying the prosecutor, Mark Mahoney, wouldn't accept it.

The all-or-nothing approach might have worked if Holt had a solid alibi, or if Ruggeri were up to outwitting the prosecutor. But Holt had no alibi and says that Ruggeri complained about being overmatched. The lawyer introduced no evidence. Called no witnesses. Holt wanted badly to testify, but Ruggeri advised him against it.

If that weren't enough, the lawyer developed heart problems near the end of Holt's trial. When Ruggeri returned to court, he advised Holt against a motion for a mistrial.

Citing attorney-client privilege, Ruggeri refuses to discuss the case. Three months after the trial, he can't remember whether he introduced evidence or called any witnesses on Holt's behalf.

If he didn't spend much time thinking about his actions the morning he gunned down Tony Mesic, he's had plenty of time to make up for it. His prayer is to get a new trial on appeal, where he'll be judged guilty of manslaughter, not murder. It would shave a decade off his sentence and give him the sense that his punishment, while still heavy, was fair. So he scours the Lorain Correctional law library, looking for cases that illuminate the differences between murder and manslaughter.

If he earns a new trial, Holt's case is likely to hinge on the time between when he learned of the alleged rape and when he shot Mesic. Holt claims it was 45 minutes; prosecutor Mahoney claims it was well over an hour. Most instances of manslaughter occur "in the moment," directly after the killer experiences some powerful trauma. A man who catches his wife in bed with another man and shoots him on the spot is a classic example. Thus, the time lag is problematic.

Then again, it's hard to put a timetable on recovering from news of your mother's rape, on when the rational mind reemerges to resist the urge for swift vengeance.

"Say he did it to your mom or your sister or your daughter," says Holt. "Now, are you going to tell me there's a time limit to passion or rage, that you wouldn't do something in that situation?"

Complete strangers understand. They've written Holt in prison to say they sympathize. They too would have killed under the circumstances.

Attorney Terry Gilbert, whose résumé is filled with high-profile murder cases, says Holt had a strong case and should have gone for manslaughter straightaway.

"I look at it this way: When he woke up that morning, [Holt] was not looking to kill anybody," says Gilbert. "He felt overwhelmed by guilt -- and anger at this old family friend betraying him. There's going to be an intense emotional response."

For Mahoney, the brutality of the murder and the time Holt had to cool down are critical. He would have accepted a manslaughter plea if Holt had caught Mesic walking away from the scene of the rape, would have considered taking the plea if it had been Koltiska who shot Mesic. But as it stood, this was the most clear-cut murder case of Mahoney's career. "Timothy Holt is an ultraviolent maniac." He expects Holt to serve 30 years, if not life.

Mesic's ex-wife Annie Dwiazda believes otherwise. She remained close to Mesic until his death and thinks Holt's punishment is too severe. "He did what any boy would do if it happened to his mother," says Dwiazda. "Was it right for him to kill Tony? No. But nothing that happened that night was right."