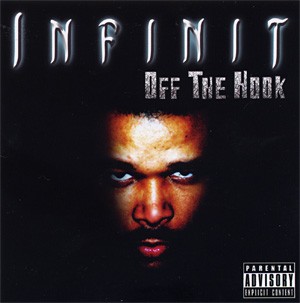 Cleveland's Infinit has a serious drive for making music. He not only spits rhymes and produces his own beats; he also releases the records himself on his own label. Off the Hook's first cut, "Running Over Them Losers," pairs a new-school synth-heavy beat with a gravelly flow that recalls David Banner. In "That's Right," Drastic and D. Roof join Infinit for a duel over who's the greatest rapper alive. But after four minutes of hollow bragging, it's clear the title-holder isn't on this track. It's not that Infinit doesn't have good flow; it's just that he kinda sounds like a billion other MCs. While his rapping may be generic, his beatmaking skills are definitely top-shelf. Check out the guitar-powered "One, Two, Three" for proof.