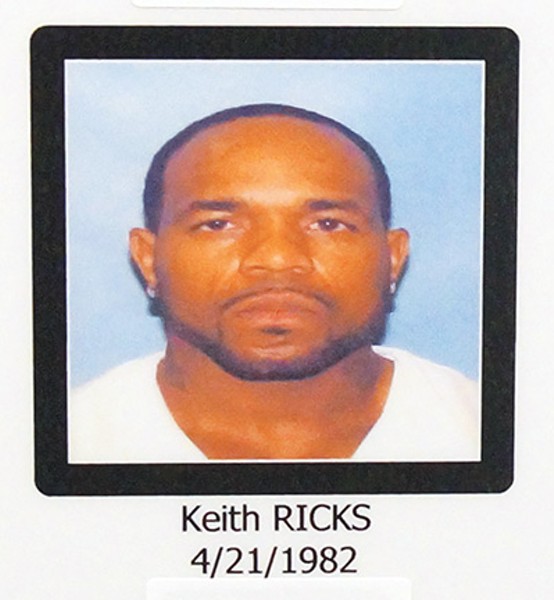 Two days later, he sold them an ounce of heroin— the first controlled buy. Three days later, Meech met him again for another one-ounce deal. But when Vernon Norman asked to be fronted the money so he could get him the heroin the next day, Meech raised fuss, demanding it that day. So the elderly east side dealer called a relative named Brenda, 56, to see if she had any heroin she could sell him. Brenda had more connections: her boyfriend was noted eastside dealer Eugene Miller, 49.

Meech and the CI would purchase an ounce from Miller in Sept. 2011 that the task force would track to a 22-year-old eastside dealer named Leamon Shephard (who would later be targeted as a main ringleader), and again two months later.

For the second deal, the task force knew Miller wouldn't have enough heroin on-hand for the deal and would need to secure the quantity from a distributor. While Meech didn't wear a wire at Miller's house—that was too risky when meeting a seasoned dealer early on, especially one so paranoid about returning to federal prison—he did dial a task force agent on his cell phone, letting the investigators listen in live as Frederick Darling was summoned. Once Darling dropped off the ounce at Miller's, the task force directed a Cleveland police squad car to pull him over.

Like the Joliet bust, the Feds needed the traffic stop to appear routine under probable cause. Thankfully, there was an issue with Darling's license plate.

Cops searched his car and found $5,117 in cash ($3,280 of it had serial numbers matching what Meech had used to purchase the ounce of heroin from Eugene Miller just minutes before the stop), 2.75 grams of heroin, and a Verizon cell phone. A search warrant executed on Darling's phone showed him talking with Miller right up to the deal. The task force had found Miller's main source.

Most people in the Cleveland hip-hop scene and the East 117th neighborhood know 37-year-old Maceo Moore better as "Chase."

Moore's a high-profile rapper and an even more high-profile gangster who ran the streets of East 117th and St. Clair flaunting his wealth with predictable bravado and recklessness, bragging about his disposable income, luxury cars, drug dealing prowess and power in the streets on social media and online.

That intersection shows up prominently in most of his videos and his exploits in lyrics.

The 2008 music video, for example, of "Out Tha Roof" with Chip Tha Ripper and Ray Jr., has all the classic "Chase" elements: holding handfuls of $100 bills, making it rain, driving his Mercedes Benz, wearing expensive jewelry. One shot that accompanies the line, "Money ain't a thing so we throwing stacks out the roof" shows Chase standing through the sunroof of a moving Rolls Royce tossing an amount of cash worth more than many of the vacant homes away on those streets. Growls Ray Jr. in the song: "Fuck what you heard / Nigga I'm the truth / This is a hundred grand / And now it's out the roof." In another cash-tossing scene, he's leaning against his Mercedes parked in front of the local corner store with a clearly visible sign that reads "WE ACCEPT FOOD STAMPS".

His first verse in the song is, "Point seen / Money Gone / They call me Paper Chase / Because my Money long / We hustle strong / Fuck the feds / If these niggas snitching / Then we busting heads."

Moore, it would seem, was not worried about snitches or the Feds, because his very public persona didn't stop at social media and music videos—he wrote and starred in a feature-length movie, The Game Ain't 4 Everybody, based on his experiences. Real guns, real drugs, real money, all in the backdrop of Moore's self-penned confessional flick of dealing and robbing.

When Moore's name showed up in information from a confidential informant, the Feds had an easy in to Moore's world given his propensity for self promotion and Hollywood aspirations.

"In 2012, taking advantage of Moore's interest in movie production," a federal search warrant details, "agents from the FBI planned an undercover operation in which undercover FBI agents would pose as documentary film journalists interested in filming a documentary about Moore's 'story,' as a person who had grown up in a dangerous neighborhood and achieved a degree of success through criminal activity in part."

As if there were any doubt, it worked. Moore accepted the "documentary crew's" offer on June 12, talking to undercover agents on the phone and in person.

He talked about how often he would rob other drug dealers: "Yeah that was our job, kicking doors. We worked every day, around the clock. If you had it, and we wanted it, was coming to get it." For how long?: "Shit, it ain't never, it don't stop. That's what it was and what it is."

When asked how they chose robbery targets, he explained it was the ones who flaunted their wealth and sometimes used woman to gain the trust of the targets to find out where they lived: "Now we know where he live at, we gonna go pay him a visit."

He explained how he got so much money: "I sold drugs, but I started getting more money when I started taking from other drug dealers. That's how, honestly, that's how I got my money. Whatever they got. Money, jewelry, drugs, whatever they got, we going to get it. Flat out."

He explained his first big robbery: "I went and I followed this dude, and we followed to his house, we did our little surveillance or whatever, went back in there, and he had, matter of fact, he had like two, two hundred and thirty thousand dollars in his house, in a safe." He went on to describe it being his career: "People been robbing people since, juvenile, juvenile, all the way up. When I made up my mind to do it as I was grown, I said 'I'm gonna make a living out of this because, this what I'm gonna do to survive, until I can invest my money elsewhere,' and that's what I did."

His movie, he told them, was all real: "In the movie, all that money, it was real money, it was my money." (A source close to the film also told Scene the guns were real too, and sometimes loaded).

The undercover agent suggested Moore put his money in the bank to avoid being robbed: "I don't even have a bank account, I can't put my money in the bank." Why not? "Because of where I get it from. They're going to ask me 'Where'd you get this from?'"

The FBI tapped his phones, tracked his cars via GPS, and followed Moore as he led drug deals and robbed more drug dealers during the investigation as more of his East 117th associates, including Keith Ricks, fell into the Feds' crosshairs. (Moore and Ricks are also currently being investigated by Cleveland police for several unsolved homicides.)

Once the couriers were arrested in Joliet, NEO distributors like Eugene Miller and Frederick Darling had two options: wait for the Mexican pipeline to reestablish itself or shop locally with other distributors to keep impatient customers happy.

They chose to keep customers happy, a choice made even more convenient after Antoine Matthews was picked up in Illinois during his in-person meeting. The decision to expand the distribution options in Northeast Ohio coincided with more arrests and wiretaps as the investigation widened, suspects turning snitches and phone records latched onto by the Feds to beef up the case.

Darling's heroin was so good, sources told investigators, they could double the quantity of it for resale with a cutting agent. With multiple stash houses in the East 66th St. area, Darling dealt to Maceo Moore along with Eugene Miller, and continued to even after being picked up for possession after the license plate traffic stop..

And the Darling lead gave investigators the evidence they needed to get a month-long wiretap on Eugene Miller's phone, a fruitful bit of surveillance that gave them access to every call, text and number in his cell. It was only a few days after a judge granted the tap when Meech reestablished connection with Miller. He was coming back to Cleveland and arranged to buy two ounces for $6,400. Miller, using his tapped phone and driving a car that FBI had just planted a GPS device on—again went to Darling for the product. Darling still didn't realize his traffic stop the previous fall had anything to do with the Feds.

Each time Meech called, Miller was forced to reach out to more distributors, what with six kilograms out of the mix after being seized in Joliet and his habit of never keeping excess product on hand. Leamon Shephard, Luther Johnson, Thomas McCully, and others landed as targets of the task force as Miller dialed them up.

Soon after the Joliet bust, Miller was taped telling Luther Johnson how hard it was finding heroin around town.

"Listen, it's very hard," Miller said during the call. "finding it, putting it together."

Miller brings up his customer, Meech: "You know what I was talking yesterday?"

Johnson: "You gotta find some figures out and then, and then I'll tell you exactly cuz, uh, well, like man, there ain't no talkin' on the phone, but anyway..."

But there was talking on the phone, and too much of it. Though the wiretap on Miller's phone expired in September, the Feds would spend the following weeks turning their attention to the major targets Miller had led them to in his search for Meech's heroin.

Like Maceo "Chase" Moore, Leamon Shephard was a ringleader of a group of guys from the Glenville neighborhood who ran a large chunk of the eastside heroin trade—and the other activities that comes with it—loosely based around the East 117th and St. Clair intersection. Moore, Shephard, and the four other major players yet to enter the investigation were bonded together by that neighborhood.