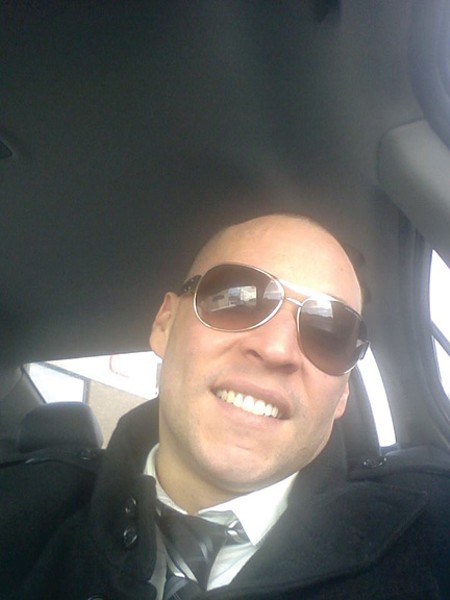 If you've hung out on West Sixth Street in recent years, you might have bumped into Gilbert Mendez, the energetic, sociable, suit-wearing, fancy car-driving 37-year-old former owner of the now defunct Club Sin nightclub.

Club Sin fit in with the rest of the entertainment district in some ways and stood out in others. It was filled with promoters and faux glitz and glamour, offered the usual bottle service and VIP fun behind velvet ropes, and came equipped with burly bouncers, DJs and shot girls.

Mendez was no stranger to those parties. He was a businessman, through and through, and he ran what was, by most accounts, a successful nightclub packed by shot-slurping crowds every weekend.

He was also no stranger to federal prisons or the Cleveland police department. That history, which rubbed into his present day operation, is what landed Club Sin in the crosshairs of a drug task force.

It all began back in the summer of 2011 when two paid informants set up a coke deal in the VIP room of Club Sin and ended with federal charges against seven men accused of having a role in a West Side drug ring. There were at least 15 other targets along the way — some caught state charges, some fell off the Northern Ohio Law Enforcement Task Force's radar, some became informants.

But Mendez was the center of it all for the task force, which was made up of local detectives and FBI agents, and once they tapped his phone and tracked his cars, he flipped to informant before the indictment came down against six of his associates — Alexander Febres, Joseph Velez, Erick Mendez, Paris Valles, Israel Cortes, and nightclub promoter/rapper Ivan Salcedo Torres (known as "Bully Cashtro").

But the story is more complex than just the indictment of seven men. The investigation slithered its way through the Cleveland nightlife scene, doubled back to buys at cell phone stores and auto body shops, and ended with the main target on the run.

Gilbert Mendez has spent the majority of his adult life behind bars -- 120 months in all -- or on probation.

His first federal bust, also nightclub-related, was in 1997. A then 19-year-old Mendez had been transporting cocaine from Cleveland south to clubs in the Cincinnati area, where law enforcement there just happened to be orchestrating a year-long undercover operation.

He was arrested alongside five others when Cincinnati police seized 4.4 pounds of cocaine (worth $400,000 on the street, as reported the Cincinnati Enquirer at the time, which seems a bit high, at today's rate), and $15,000 in cash.

"These are not small-time dealers by any stretch of the imagination," Cincinnati police captain Richard Biehl, now Dayton's police chief, said at the time.

Mendez was convicted of possession with intent to distribute and sentenced to 57 months in prison followed by five years of probation.

Shortly after he was released, back in Cleveland and on parole, DEA records indicate Mendez quickly rejoined the game. In 2004, four informants told a DEA agent and Cleveland police that Mendez had delivered them at least 20 kilograms of cocaine -- 44 pounds -- over the previous year. The evidence against Mendez was slim -- it was just the testimony of informants -- but he admitted to investigators at least some of it and faced at least a decade in prison based on his prior conviction committing the crimes while on probation.

But you can always negotiate.

In 2005, he struck a deal with the Feds, pleading to a lesser charge.

As part of the deal, Mendez agreed to provide the Feds with something more useful -- information against others related to his bust and his testimony against others in future cases. Before his plea deal, he had already met with law enforcement and provided statements.

"Additionally," his plea deal stated, "the defendant has expressed an interest to fully cooperate in this case and any other case indicted as a result of his cooperation."

He was sentenced to 78 months, far less than what he would have gotten without cooperating, at the federal prison in Coleman, Florida, followed by five years probation. Three years in, however, U.S. attorneys filed a motion to knock off some years on his sentence after more of his information proved useful in additional convictions.

There, the twice-convicted cocaine dealer partnered up with a fifth district Cleveland cop named Jose Torres (known as "Tito"), among others.

Torres, now 40, had an inauspicious start to his law enforcement career. In 2001, while a cadet in the Cleveland police academy, he got in a fight at 2:30 a.m. outside of a nightclub on Scranton Rd. According to the arrest warrant, "Torres engaged in two physical assaults," punching a guy in the face and kicking him while he was laying on the ground, which "incited several other members of the crowd to join in" and beat the guy up. Three Cleveland police officers who were working secondary employment there saw what happened, and "two of the officers later positively identified Torres as the person inciting the crowd," it says.