Our Love to Admire (Capitol) 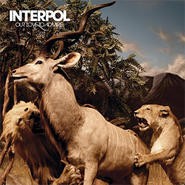 "Interpol rips off Joy Division" is a bomb that music scribes have been dropping since the group's 2002 debut. The critics are both right and wrong. Paul Banks' monotone drama owes its existence to Ian Curtis. But petty thievery doesn't explain why Interpol sucks.

The band resembles many modern rockers. As with the White Stripes and Arcade Fire, the group possesses as much skill as the Knack, the group behind the new-wave bubblegum standard "My Sharona." Of course, that's cool -- if you're Jack White and radio pop is your thing. But Our Love to Admire, like Interpol's two previous discs, documents a group ass-deep in rock and roll profundity. These four egos from New York desperately want to create the poetic fusion of Joy Division's sculpted minimalism and the grandiose art rock of Radiohead.