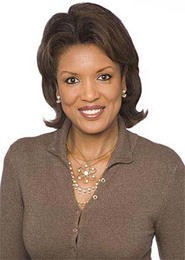 It all started with the yellow colonial on West 11th in Tremont, the refurbished house used in filming the 1983 holiday classic. Since Thanksgiving, more than 22,000 visitors have taken the $5 tour. They forked over plenty more for leg lamps ($175 per gam), decoder rings ($8), and Lifebuoy soap ($4 a bar) at the gift shop across the street. Parking nightmares notwithstanding, this is what's known as a sweet racket.

And though the attraction has been a boon for Tremont, it's drawing ire in Hammond, Indiana, the lifelong home of A Christmas Story author Jean Shepherd, and the place where story and film are set.

"We have been sandbagged by Cleveland, of all places," wrote Mark Kiesling, a columnist for The Times in nearby Munster.

"It's not our fault that they didn't build it there," counters Steve Siedlecki, director of the Cleveland museum. "It's not like we stole it from them. They never had it to begin with."

Kiesling sounded more resigned than bitter when Punch called. "A lot of people around here just don't have that kind of imagination and capital behind them to create what they've created in Cleveland," he says.

Of course, this being Cleveland, neither do we: The Christmas Story House was created by a guy in San Diego.

Rating the newsbabes
For most of us, Channel 3 anchor Ramona Robinson is a rock in a sea of turbulent times who gives it to us straight, whether it's a backup on 480 or an outbreak of bad spinach. But for others, she's a damn smokin' fox! Meeeowww!

On a website called Wanderlist, visitors from across the country vote for the sexiest local news anchors -- or "newsbabes," as the site calls them, which is like totally inappropriate. But apparently only seven people think Ramona is hot, while four say not.

Topping the Cleveland list is Action News' Lynna Lai, who got 224 hot votes. Denise Dufala didn't fare as well, with only 26 hot votes and 20 not votes. Then there's poor Wilma Smith of Fox 8, who managed to rack up only six hot votes -- five of which came from her plastic surgeon.

The biggest surprise was Action News' Sharon Reed, who received only 22 hot votes while registering 28 not votes, making her officially "broke."

Turns out getting naked created a backlash among conservative newsbabe-hounds. But at least the technique still works for weatherman Jeff Tanchak when he wants to clear out a pancake house.

We're No. 1
2006 was quite an award-winning year for our fair city. We showed America that while we may be among the fattest, poorest, most violent, and most incompetent people in the country, we still do some things right. A list of the honors we've received in the past year:

· After losing the coveted title of "poorest city in America" to Detroit in 2005, we came storming back to reclaim the crown in 2006. Go team!

· Charity Navigator ranked Cleveland the second-best city for "nonprofit efficiency." We don't really know what that means, but thanks anyway.

· Cleveland was ranked the sixth-worst city for asthma by the Asthma and Allergy Foundation of America. Smoke 'em if you got 'em.

· The FBI ranked Cleveland the nation's seventh most dangerous city.

· Cleveland climbed nine spots to No. 20 on The Sporting News list of "Best Sports Cities."

· BizJournals deemed Cleveland the "number one city for NFL fan loyalty." Their kind words: "Cleveland fans earned first place by routinely packing their 73,000-seat stadium despite the dismal play of the Browns -- who have won only 36 of 112 games since 1999 -- and a climate that is among the coldest in the league."

· And finally, Forbes ranked Cleveland 37th in its list of "Best Cities for Singles." Unfortunately, the study only included 40 towns.

Winter (fast) break
In their ongoing effort to make the Ohio Legislature exactly like high school, lawmakers scrambled to get some actual work done before winter break. So they chose charter schools and vouchers as their final project.

(It's now official: They're out of gay stuff to ban.)

A bill to require more thorough criminal background checks for teachers -- which, of course, had been sitting idle for a year -- finally saw the light of day prior to Christmas when someone figured out how to rig it to their liking.

A committee charged with pushing it to a vote revitalized the bill, then added provisions to require the sale of unused school buildings to charter schools, and to expand the number of students eligible for private-school vouchers. One lawmaker's proposal to "just make all the damn schools private" was narrowly derailed after lawmakers deemed it "slightly overreaching."

"We are expanding on the educational choice program that . . . year after year has failing results," she tells Punch. "Their clear motive is to dismantle the public school system and reward their high contributors."

The sudden outbreak of real work is attributed to the looming takeover of Governor-elect Ted Strickland, who is expected to be less tolerant of sneaky-ass political maneuvering, unless it favors him and his friends.