It Took Some Time

Why Morrissey is newly hip among bands who sound nothing like him. 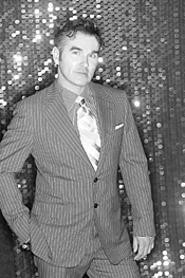 Good Charlotte is one of the biggest bands in the U.S. right now, a pop-punk quintet that's played the MTV Video Music Awards, graced the cover of Rolling Stone, and sold over three million copies of its last disc, The Young and the Hopeless. To Good Charlotte vocalist Joel Madden, all of these achievements pale in comparison to a recent impromptu karaoke session he did while prepping for the band's next disc.

"We were practicing at this practice space in L.A., and Morrissey's band was there," he says. "We were hanging out. They were practicing, but Morrissey wasn't there, and they let me go in and sing 'Suedehead' while they played it. It was awesome. It was probably one of the coolest things I've ever done in my life."

Madden's fanaticism represents an interesting shift in the legacy of Morrissey, the 45-year-old native of Manchester, England. His former band, the Smiths, inspired legions of anemic janglepoppers and dramatic goth bands drowning in eyeliner. But stars of the punk, metalcore, and screamo movements -- bands like Converge, the Bronx, Superjoint Ritual, Dillinger Escape Plan, Brand New, and Bleeding Through, for starters -- are the ones now name-checking Morrissey and the Smiths as major influences on their ear-bludgeoning screams, harsh hooks, and jackknifing chords.

Musically speaking, these heavyweights have almost nothing to do with the Mozzer's solo dabblings in glam (1992's Your Arsenal), elegant synth politics (1988's Viva Hate), or epic guitar wankery (1995's underrated Southpaw Grammar) -- much less his excellent but midtempo new disc, You Are the Quarry. Just what is it about his dulcet croon that makes tattooed types weak in the knees?

"I find it really interesting that the bands who seem most influenced by the Smiths and Morrissey have taken nothing sonically from them," says ex-Akron Beacon Journal and current Spin scribe Chuck Klosterman, who has written about Morrissey's huge Latino fan base. "They only take the idea of what the band represented. What has lived on from the Smiths . . . in a weird way, it's not even the music.

"What has lived on is the idea of a band being what alienated teenagers can relate to. The idea of being intelligent and ironic and sad, all at the same time. That's one thing, when you see these emo bands, that to me is the closest connection to the Smiths and to Morrissey -- is this idea that being sad proves you're smart."

In other words, this burgeoning movement has become the popular way for today's disaffected and angst-ridden adolescents to express their emotions, just as Morrissey spoke for teens a decade or two ago. Which makes a lot of sense: Bands who grew up listening to Morrissey internalized what made his music different -- its vulnerability, cathartic expressions of loneliness, brutal honesty, total disregard for prevailing trends -- and applied it to the way they approach their own music today.

"Moz was one of the earliest artists that affected me, who proved that it can be glorious to be a male detached from typical masculine archetypes, rather than shameful," AFI vocalist Davey Havok writes in an e-mail. "[He] historically touches on feelings of isolation, detachment, bitterness, and despair. These emotions easily translate into harsh, heavy-sounding music."

"His lyrical content speaks to a generation of people who are more into harder music," adds guitarist Chris Sorensen of Vaux -- a thrashing punk band that takes its name from Morrissey's 1994 album Vauxhall and I. "That song 'Hold On to Your Friends' to me is like an anthem. Coming from a hardcore background, it's all about who your friends are and being close, like a community."

But despite a few top 25 Billboard album-chart positions and an early 1990s surge of mainstream popularity, Morrissey's sentiments mostly resonate with only a cult following; as Klosterman says about his high school days, "People who liked the Smiths were considered to be very weird, very fringe. They were even outsiders among the outsiders."

Morrissey hasn't become irrelevant in his seven-year recording hiatus, however. Indeed, the "me vs. them" mentality present to varying degrees in the songs on Quarry is as antiestablishment as any modern punk anthem. One of the disc's many highlights is the ringing alterna-rocker "The First of the Gang to Die," on which he sings, "We are the Pretty Petty Thieves/And you're standing on our streets." "America Is Not the World," meanwhile, zings with the line "America/ Your head's too big/Because America/Your belly's too big." Quarry's music is also stubbornly contrary. Although Morrissey had help from producer Jerry Finn -- whose rock know-how buffs up the arena sheen of "Irish Blood, English Heart" and the creeping monster chords of "How Could Anybody Possibly Know How I Feel" -- "I'm Not Sorry" features a docile flute, and "Come Back to Camden" is a string-laden slow-dance weeper.

There's also nothing ancient about Morrissey's live act, which he'll be showing off as one of the headliners of Lollapalooza this summer. Drawing fans as young as six to a late-April show in his adopted hometown of Los Angeles, he purred solo favorites like "Everyday Is Like Sunday" and "Hairdresser on Fire" with sweeping gusto. He preened like Elvis and dodged countless stage invaders with cool aplomb amid pristine readings of Smiths chestnuts like "There Is a Light That Never Goes Out" and a fiery "Hand in Glove." Dapper in his red shirt, Morrissey more closely resembled a swanky nightclub entertainer than an alternative rocker -- a classic pose that's not lost on Madden.

Madden has a point. Like the debonair Chairman of the Board, Morrissey isn't merely a musician. He's an untouchable icon -- a figure of sorrow, of understanding, of unrequited love, whose myth and mystery is sometimes more famous than his music.

It's fitting that the angst that Morrissey has expressed for 20-odd years is finally receiving its mainstream due. His fame has not come by normal means; why should his influence be conventional? Doing things "My Way" was good enough for Ol' Blue Eyes, and it's good enough for Morrissey; right after slipping offstage in L.A., he cued up that very song.