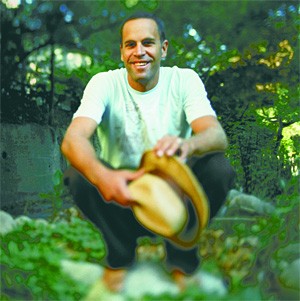 We so envy Jack Johnson. Laid-back lifestyle. Surfer boy. Cute wife. Probably hangs out in his hammock in Hawaii all day, getting high and watching the waves. He makes it all sound effortless. But it isn't. It takes work to come off this chill (just ask Colbie Caillat or any other singer-songwriter who taps Johnson's leisurely acoustic style with less success). As far as Johnson's records go, his latest, Sleep Through the Static, rocks hard. He even cranks up the volume to five on a couple of songs. His current tour is an eco-friendly jaunt that gets fans involved with interactive booths and community activists at each concert stop. After all, where's Jack Johnson gonna surf if there's no planet?