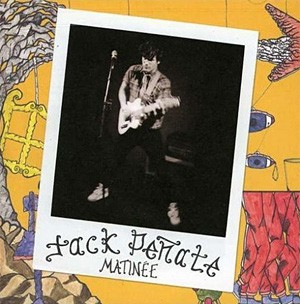 London singer-songwriter Jack Peñate may remind you of Billy Bragg. It's not just the thickly accented delivery (which falls somewhere between overwhelming glee and heartbreaking resignation), but also the way both troubadours write about love like it's the only thing that matters. That's not to say love is all the 22-year-old Peñate sings about on his debut album. But like Bragg, he pens songs that are so infatuated with their subjects that they're thisclose to having a restraining order tossed at them. Back home, Peñate is often paired in the press with Kate Nash. It makes sense: Matinée is filled with peppy pop tunes about foolish hearts and lost souls, just like Nash's Made of Bricks. But Peñate also has a way with hooks that makes many of his songs sound warmly familiar and comfortably lived in. Just lovely.