When a lawyer took on two insurance companies, they took revenge on his widow. 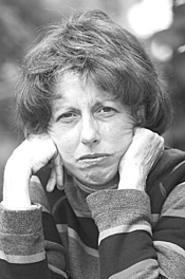 William Blake was not an easy man. He was domineering, opinionated, passionate, a lawyer with the ego to match. "I liked him and I didn't like him," his widow, Christine, says bluntly.

His was not a prosperous practice. He had a tendency to violate the highest rule of law: Make sure your clients can pay. If you had a good fight, he was with you.

"Most of his clients were poor or middle-income," says Christine. "He took care of the downtrodden, and he didn't charge very much money. If he believed in you and what you had to say, he would fight for you, even when it didn't seem practical. I would tell him, 'You're not a social worker. You have a family to feed.' He wasn't afraid of anybody. He was fearless."

So one can imagine what he thought of Harold Bailey, a man who believed he'd been overcharged by two insurance companies: Western Reserve and Jacobs-Burke. Blake took his plight to court, but the lawyer's passion got the best of him. The case was a dog.

Judge Stuart Friedman decided for the insurers on a summary judgment; Blake's arguments barked so loud, the case never even got to trial.

Still, the insurers were pissed. They'd racked up $23,000 in lawyer bills, says John Chambers, an attorney for Jacobs-Burke. They wanted it back. So they returned fire, charging Blake with filing a frivolous suit.

It's hard to fault the ruling. Though legislators bray about tort reform -- the notion that those found guilty should be protected from paying -- the court system has a far bigger problem with legalized extortion. Too many lawyers file suits so egregious they need rabies shots. The goal isn't to win; it's to collect a check in exchange for going away.

Judges are usually in on the racket. In 99 percent of cases where there's a summary judgment, no sanctions are leveled against the instigating attorney, says George MacDonald, Christine's lawyer. In this case, it's hard to tell if Blake was simply misguided, or if he had darker motives. Friedman thought the latter, so he lit him up.

It might have been a banner day for jurisprudence. But there was one small problem: Dead men can't pay. A week earlier, William Blake had died of a heart attack at age 76. When Friedman ruled that Blake owed $23,000, he was essentially ruling against Christine, who was not there to speak for herself. "I think that would be sick to expect a widow to show up eight or nine days after a guy died," says MacDonald.

Friedman doesn't remember the case -- he juggles hundreds at a time -- but says he would never schedule a hearing so closely on the heels of tragedy. "Clearly, I wouldn't have been aware of that at the time."

Attorney Donald Mull says otherwise. "I spoke to his bailiff, advising him that Blake was dead. I asked, 'Does the judge know?' and he said, 'Yeah, he knows.'" In a subsequent letter, Chambers also acknowledged that Friedman "was well aware of Blake's death . . ."

Yet Friedman doesn't make a convenient villain. He's smart and thoughtful, a liberal jurist known for siding with the little guy, not at all the type to jack a widow in the name of insurance companies. Chances are he simply messed up, or forgot that Blake was dead. "I certainly would not go out of my way to cause additional hardship on his widow," he says. Still, both Friedman and Chambers argue that the ruling was perfectly legal: You can render judgment on a dead man.

The Blakes' marriage was from a different era. William was born in 1927 and was very much a man of his time. He did the earning, made the decisions, and preferred that Christine keep her opinions to herself. She did so dutifully, raising two kids and working as his secretary because no one else would. Yet she was caught between the devotion that comes with 21 years of marriage and the wish for a life less akin to domestic service.

Three months before his death, she moved out and filed for divorce. But Christine knew her husband was faltering, so she returned home to care for him. "That was my penance for being stupid enough to marry him. He changed as a person . . . He was a much sweeter, kinder guy."

Yet her true penance would come from the court, which ruled that Christine must pay for sins that were not her own.

Fast forward 10 months, and the widow Blake finds herself screwed. She's undergoing chemo from breast cancer, so she can't work. Her husband left her a few rental properties, but she can't sell them because of the judgment against her. She has two kids in college, but must divert her money to pay lawyer bills.

"They're controlling my life," she says. "I'm a poor lady, and I have cancer now! I've lost my hair, I've lost my weight, and now I have added stress."

Chambers is unsympathetic. The grieving widow pleas are "disingenuous," he says, since Christine had filed for divorce. It's what you'd expect to hear from an insurance company lawyer, work he'll have a hard time explaining when he meets Saint Peter.

Yet Christine will not go down without of a fight. She spent two decades working at a law firm and has a vague understanding of what's legal. But she's spent 50-plus years living, and she has a deep understanding of what's right. "The case may last several years," she says, "and I'm not giving them a cent, not even if I had $100,000."