With Steve Earle and Keb' Mo'. Saturday, June 28, at Blossom. 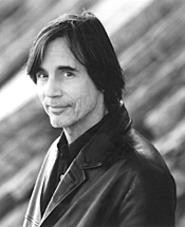 The rhythm of redemption pulses mightily when Jackson Browne and Steve Earle share a stage. Both are bad boys done good: Browne never quite shed the disapprobation he earned for mistreating girlfriend Daryl Hannah in the 1970s, and Earle was a poster boy for drug addiction during the '80s and '90s. Both, however, have moved on.

Politically charged songwriters whose canons dovetail effectively, Browne and Earle are making music as strong as any they've ever made. Last fall, Browne released The Naked Ride Home, his first album in six years. It sank without a trace; political rock by mature, thoughtful songwriters doesn't appeal to the MTV or MP3 crowd. It's a solid, translucently produced and sharply conceived album sparked by the sexy title track, a taut critique of contemporary U.S. culture in "Casino Nation" and the lanky "Sergio Leone," Browne's homage to another subversive. Earle's latest is Jerusalem, a hard-rocking meditation on Bush's Amerika, where the rich grow richer, the poor get poorer, and "John Walker's Blues," Earle's song about American Taliban John Walker Lindh, prompts predictable outrage from the right. The show could be the sleeper of the season.