With big money and the right name, a car salesman turns to politics. 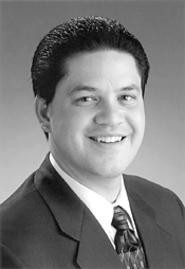 When James Pilla talks -- which is often -- he still has the rat-a-tat-tat delivery of a car salesman. Answers to questions are delivered in tommy-gun blasts of enthusiasm, a barrage of easy swagger punctuated only by self-deprecating asides -- as if he's stopping to reload.

"I'm probably boring the hell out of you, aren't I?" he says over a cup of coffee at a downtown café, pausing before he yaps on.

Pilla can't help himself. Until two years ago, he had spent his entire adult life in auto sales, most recently as an owner and managing partner for several Infiniti dealerships. He still tends to think in terms of deals to be closed, customers to win. "I loved selling cars," he says wistfully.

These days, it's a rather different product he's pushing. Pilla is running as a Republican for the Cuyahoga County Board of Commissioners, a race that come November will pit him against Peter Lawson Jones, a career politician who has already survived a nasty fight inside the Democratic Party to fill Jane Campbell's former seat.

Among local pols, Pilla's announcement was greeted with a rousing cry of . . . huh? He had never run for office. He wasn't registered as a Republican. And he had been a contributor to prominent Democrats like Jimmy Dimora and Tim McCormack. Before last November, Pilla had never even met James Trakas, head of the county Republican Party.

As many saw it, he had but two qualifications: He's richer than deep-fried cheesecake, and his uncle is God's corner man in Cleveland, Bishop Anthony Pilla.

"Jamie's a nice guy, very personable," says Commissioner and county Democratic boss Dimora. "I just was kind of shocked that he decided to run for this position. If you wanted to get into public service, you would think you need to crawl before you walk."

Pilla, 34, savors such dismissive talk. He's made a habit of confounding expectations. He wasn't yet 20 when he tried to get a job selling cars for a Chevy dealership. The general manager told him he was too young. Pilla came back the next day. Again he was rejected, and again Pilla came back. He was thrown out once more. "And then he came back on the fourth day," says Chuck Gile, the man Pilla kept pestering. "I said, 'Damn, this kid is persistent.'" He was soon one of the dealership's top salespeople.

It's a typical Pilla story, part of a career that has seen equal measures of Horatio Alger and P.T. Barnum. By the early 1990s, he had worked his way from washing cars to managing the finance department at a Chevy dealership. Still restless, he decided it was time to own a dealership of his own.

His break came in 1993. Gile learned that Lee Seidman, owner of a dozen dealerships, was looking for someone to run his Infiniti outfit. "I said I know one kid," Gile remembers telling Seidman. "He's young, but he can do the job."

To get the money to buy his stake, he took out a second mortgage on his house; he borrowed money from friends and family. "He was willing to go out and put it all on the line," says Chuck Wirtz, who's known Pilla since they were kids. "He easily could have failed."

Within months, the dealership was turning a profit. Over the next seven years, the business would grow fivefold, and Pilla would partner with Seidman in three more dealerships before selling the business in 2000. Estimates of Pilla's take usually include eight figures.

The run for commissioner didn't require quite as much hustle. After cashing out of the car business, Pilla finally had time to explore other interests. After he helped a friend win a seat on the Bedford City Council, he sat down with Trakas.

"He says, 'You know, what I really want to do is have an impact,'" says Trakas. "And I'm like 'The county commissioner's job is perfect for you.'"

Pilla remembers the process a bit differently. "I looked at where my experience in the business world would benefit the most," he says. "The county commissioners are really three executives. That's what they do. That's what I did."

Call it the CEO brand of politics. Pilla's spiel is one of budgets and finances, of goosing economic growth and efficient service delivery. He wants to create an "integrated economic development plan" with local cities. He wants to see partnerships with Tri-C and Cleveland State to assist start-up businesses. He wants a top-to-bottom review of all departments and programs, to determine how the county can better serve people.

Not exactly the stuff of Reagan and Gingrich, but Pilla is nothing if not a reluctant partisan. Even now he declares himself only "53 percent" Republican.

The party, nevertheless, is happy to have him. Since Jim Petro left the commissioners' office seven years ago to become state auditor, county Republicans have maintained a level of futility that would shame the Washington Generals. In 1998, for example, when Dimora ran for his first term as a commissioner, he beat his opponent by more than 143,000 votes.

Thanks to Pilla's name and willingness to open his wallet -- he's already loaned his campaign more than $200,000 -- that sort of drubbing isn't likely this time around. "He's a dream candidate," says Trakas. "He's been successful, and he's hungry. And the fact that he's got his own plan and his own connections to develop and raise funds, that's huge."

It also hasn't gone unnoticed. Jones supporters are already dusting off the ammo. Since they can't attack Pilla's record -- he doesn't have one -- Democrats have chosen a different tack, one that might be dubbed Operation Patronize. The line: Pilla is bored. He doesn't know anything about government. He's running on his uncle's name.

"I don't know how a guy decides he can just run for a very important high office for his first endeavor," says Dimora. "I mean, running a business and being elected public official are like night and day . . . You're rolling the dice on Jamie Pilla."

Says John Ryan, executive secretary of the AFL-CIO, which endorsed Jones months ago: "I'm not a believer that we should just grab people from private enterprise and think they're going to know how to serve people . . . I'm just thankful his first name is Jamie and not Bishop."

Valid points, but cynical arguments. Elected office isn't akin to working for NASA, after all, and both parties are stocked with people who've jumped from private enterprise into politics. Besides, Cuyahoga County politics is nothing if not a make-work program for people with convenient last names. Seldom is the race without a Russo, Sweeney, or Corrigan clogging the ballot. In one race several years ago, four O'Malleys vied for the same office.

Pilla chafes at the notion that after making his fortune, he simply had nothing better to do. He has two young children, a wife, and several business projects he's still working on, he points out. "I'm not bored," he says. "Nobody in their right mind would do this because they're bored. Why would I want to open up the book so people can take shots at me?"

The criticism shouldn't come as a shock. Even Pilla concedes that without his name and his money, he wouldn't be a factor. He knew people were going to say he would run on his uncle's vestment tails, and he has tried to avoid the perception that he's exploiting the connection. "I'm very proud of [the bishop]," he says. "Hopefully, by the end of the election, people will know I'm not running as Bishop Pilla's nephew. He's already got a job."

In that department, at least, he has received some ugly assistance. With the church immersed in scandal, it's not as if tying his star to the bishop is likely to produce a public relations bonanza.

"You can't have it both ways," he says. "You can't say I'm running on the bishop's name and then try and tie me to everything that's going on with the church . . . I've worked very hard to get to the place I am. I am who I am."