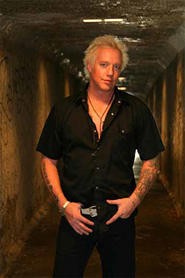 It's a triple homecoming for Jani Lane: After a very public detox on Celebrity Fit Club, the Kent native and former Warrant singer-songwriter is bringing his signature tunes back home. He has a new band, featuring former Warrant drummer Mike Fasano, and, for one show only, guitarist Billy Morris. They'll be road testing a few rockin' new tunes from Saints of the Underground, Lane's imminent new project with Ratt's Bobby Blotzer and Robbie Crane. But the set is 90-percent hair-rock classics from Lane's old band. "Warrant's been out there doing their thing without me for three years," explains Lane. "and now I have my chance to do the songs the way I think they should be done. Billy and Mike have been in Warrant, so you'll have the same backing vocals and stage show. And I know we're going to hit the stage with a certain energy. I don't know if that's better or worse, but it'll be my energy."