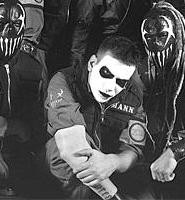 Jason Popson -- formerly known as Mushroomhead's frontman and fan-favorite J. Mann -- has been stalking the Cleveland underground for more than 15 years, and he'll perform a set of 35 favorites culled from every band he's been in, to pay tribute to his late father and raise funds for his family. For the first time since leaving the band, Popson will revisit some 'Head classics -- he won't say which ones; it'd ruin the surprise. The show features Steve Rauckhorst (Garmonbozia, Keratoma) on the mic, performing Jeffrey Nothing's vocal parts. A five-piece backing band of Cleveland all-star workhorses, including the Martini Brothers and Tim Burris, will shuffle from metalcore to lounge rock, playing songs from Unified Culture, In Cold Blood, the Alter Boys, (216), State of Conviction, and 10,000 Cadillacs. "It'll be the best show I've ever played," says Popson. And definitely the longest.