Jason Statham finally breaks out in The Bank Job, a film too fast and fun to fact-check 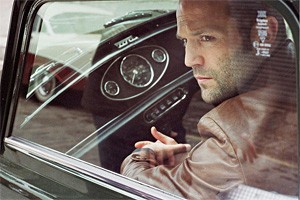 "Based on a true story," brags The Bank Job before diving into the clear blue water of the Caribbean, where, in 1970, a topless woman frolics with two swimming mates. The trio retires to a hotel room for a sweaty, breathless afternoon quickie, which is photographed by a Peeping Tom — who will later turn out to be the militant British Black Power figure Michael X, who stores the pictures in a London safe-deposit box for safekeeping. Because, you see, the woman peeped at through the window is royalty: Princess Margaret, who often retreated to the island with her gardener boyfriend, according to the English press. Not so many photographers around — except this one man, on this lucky day.

Only: British spy service MI5 would like those photos back, if you please. So it corrals some amateur villains into doing its dirty work — which is to say, breaking into a Lloyd's bank vault — lest MI5 sully its own manicured hands. Among those recruited for the robbery is a small-time used-car salesman, who, to this point, had been involved only in "the odd bit of skullduggery." He's also the unwitting pawn of a former model (and his former girlfriend) doing penance for a heroin bust at the airport. In short order, the two put together a gang consisting of capital-C characters, rent a purse-shop storefront, tunnel under a fried-chicken eatery, and drill their way through sewers and burial crypts containing corpses left over from the Great Plague of 1665, until they reach the X that marks the spot.

And not only do the pics get looted and scooted out of the vault, but also a few million pounds and other goodies belonging to the Black Power baddies. It all gets pretty damned blinkered 'round the time a ham-radio operator catches the robbers' walkie-talkie chitchat, and soon enough a secret op becomes a media sensation — until, that is, the whole thing disappears from the papers like it never happened.

Jason Statham plays the used-car salesman running an odometer-tinkering scam. The model/ex-girlfriend is Saffron Burrows, a good six inches taller than Statham. Michael X is Peter De Jersey, looking not a little like a beefier version of Jeffrey Wright's Jean-Michel Basquiat. The rest of the cast consists of vaguely familiar British actors having a laugh — good thing too, as the whole thing's such a giddy good-time mess. It makes Ocean's Eleven look like a Maysles brothers documentary.

Real or not, it's a real gas: Statham at last proves himself a leading man who does more than lead with his head. It isn't till the film's end that he has to throw a few punches and land a few head-butts — contractually obligated, no doubt. But by then he's managed to negotiate a screenplay in which there are complete sentences — whole paragraphs, even — that he gives his all to without breaking a sweat. He might yet become Bruce Willis.

There's nothing earth-shattering otherwise: Imagine, if you can, Woody Allen's Small Time Crooks filtered through Guy Ritchie's Snatch, as directed by a real filmmaker — or close enough, in Roger Donaldson's case.

Still, Donaldson's gotta try awful hard to keep this merry mess together — it was concocted, after all, by the same pair responsible for the garishly gruesome Across the Universe. But eventually he cuts loose and lets go, resulting in a Bank Job worth the loot — 10 bucks, give or take.