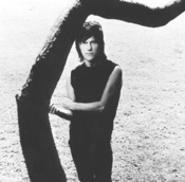 There are other explosive guitar records -- Chris Spedding's Hurt and Marc Bonilla's EE Ticket come to mind -- but nobody has amassed such a body of work as Jeff Beck. When he's on, which is most of the time, Beck is awesome. And when he channels his customized white Fender Stratocaster through his Marshall amp, there's no need for vocals -- except, maybe, for atmosphere (like the weird guttural chants on "Earthquake," the track that launches You Had It Coming, his new album). In 1999, Beck released Who Else?, his first all-original disc in 10 years. Apparently, the following tour energized him. Whether it's the heavy-breathing "Dirty Mind," the gorgeous Orientalia of Nitin Sawney's "Nadia," the piledriving, soaring "Loose Cannon," or "Rollin' and Tumblin'," a duet with over-the-top singer Imogen Heap that would make Muddy Waters smile, Beck never lacks for riff and imagination. He's on a five-week tour with guitarist Jennifer Batten, bassist Randy Hope-Taylor, and drummer Steve Alexander -- the group that makes the outrageous music on You Had It Coming, a CD that affirms Beck's mastery of industrial and techno, genres he insinuated on such classic '70s albums as Wired and Blow by Blow. Like a muscle car, Beck stands out on account of his flash and power. Not only does he twine rhythm and lead (check out the busy, impossibly deep "Rosebud" on the new album), he loves to play tricks and dazzle. Even his duet with a blackbird (no, it's not the McCartney song) sounds organic. God knows, the guy works technology to remarkable ends; he'll try anything. But he's pure: He plays with such heart, his music sounds nothing but natural.