Grateful Dawg isn't quite alive enough to be Dead. 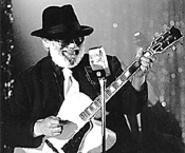 David Grisman and Jerry Garcia met as young folk-roots fans-cum-musicians attending a Bill Monroe concert in 1964. Garcia, as you may have heard, went on to form the Grateful Dead; when the Dead began to incorporate more country elements into their music, they used mandolin ace Grisman memorably on their fifth (and arguably greatest) studio album, American Beauty. Now, six years after Garcia died of a heart attack, comes Grateful Dawg, a documentary -- but only in the puffiest, least rigorous sense of the word -- about the friendship and musical relationship between the two men. Directed by Grisman's daughter, Gillian, the film combines some first-rate music and interesting archival images with generally unrevealing and uninteresting hagiography of Garcia.

Garcia almost always had some other musical project running alongside his Dead involvement. On and off for about a year in the early '70s, he and Grisman (together with bassist John Kahn, guitarist Peter Rowan, and fiddler Vassar Clements) toured as Old & in the Way, a bluegrass-inflected hybrid. Bootleg recordings of their concerts became so popular as to force an official release. "The record of Old & in the Way didn't come out until 1975," Grisman points out, "two years after it was all over."

Somehow, in the following two decades, the Dead morphed from a major countercultural institution (with all the sales limitations that implies) into a startlingly financially successful enterprise. In the late '80s, Garcia, apparently seeking an escape from the new levels of pressure surrounding the Dead's success, again hooked up with Grisman for a series of informal recording sessions, mostly held in the latter's house. At a certain point, Gillian and Justin Kreutzmann (son of the Dead's Bill Kreutzmann) began to videotape the sessions, thus providing the base material for Grateful Dawg.

Garcia's death, at the unripe young age of 53, put an end to the recording, but a few years later, Grisman gave his daughter permission to turn the footage into a film, on the condition that all songs be presented in their entirety rather than in frustrating snippets, as is often the case in music documentaries. It's a good idea, but its drawbacks become immediately apparent. Since the goal here was not a flat-out concert film and because the visuals need some kind of variety, Gillian is forced to edit in interview footage over the music -- which, in fact, may be of greater disrespect than simply cutting away from the songs. The film is about the music, yet the music is often relegated to the status of backdrop for the interview snippets and the historical stills Gillian is fond of panning across.

But a bigger problem is the film's deliberate limitation of focus: We really don't get many inklings of who either of these guys are, and those insights we are provided with are spoken rather than shown. The biggest revelation we get is that the band's music benefited from the tension between Grisman's professionalism (or, in negative terms, uptightness) and Garcia's spontaneity (or utter lack of discipline). We hear this over and over, but there's never any direct evidence of it onscreen.

"Objectivity" is a futile goal in any documentary, but it's natural to be extra suspicious of a film directed by the daughter of one of the two central characters. In fact, while Grisman is (perhaps accurately) portrayed as a perfectly nice fellow, Garcia seems altogether whitewashed. Consider this: Grateful Dawg is an 81-minute film, primarily dealing with the last five or six years of Garcia's life, and there is not one mention or image of drugs anywhere. (Maybe there was a joint briefly visible in one shot, but it looked more like a regular cigarette.) Drugs are the giant paisley elephant in Grisman's living room that the film keeps asking you not to think about.

Gillian may have been moved to avoid this subject out of fondness for Garcia, or on the general principle of not speaking ill of the dead Dead, or to assure a PG-13 rating, or as a result of having to deal with the reportedly Byzantine internecine politics of the Grateful Dead corporation and the Garcia estate. But the omission casts a dubious cloud over the whole project. It is not enough to say, "That's not what this film is focused on" -- not when we can see Garcia looking like hell in some scenes and hear his voice deteriorating and hear people referring at the film's end to his death.

With no aspects of the personalities represented outside of their music, Grateful Dawg ends up feeling dry and incomplete; its two subjects are stripped of all other characteristics and come across as not very interesting. Maybe this is simply an accurate portrayal; just because they play well -- which they certainly do -- doesn't mean they're otherwise remarkable. (The sole goofing-around-behind-the-scenes sequence is an embarrassingly failed attempt at amusement.) But it's a lot likelier a result of the film's studious avoidance of anything that might offend the sanctity of Garcia's memory.