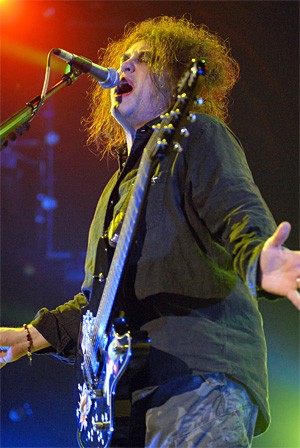 After less than a year in the game, the business interest behind Parma's Jigsaw Saloon & Stage and Lakewood's Hi-Fi Concert Club has broken into the big leagues. July 1, the newly formed Jigsaw Entertainment Group will take control of Peabody's.

With a combined capacity around 750, the downtown Peabody's complex is the city's biggest independent club. Encompassing Peabody's, the Pirate's Cove, and Rockstar Cleveland, it's a hot spot for national and local events, from Ozzfest-caliber metal bands to industrial-dance nights like the weekly Acid Rain party.

The Jigsaw Entertainment staff will run the club, from booking to bartenders. Chris Zitterbart, one of two majority partners in Peabody's since 2005, will run a new entertainment group, Jigsaw Productions, that will organize shows at all three clubs.

"We really want to do something special for the local music scene," says Jigsaw President-CEO Phil Lara, whose bankroll comes from the medical business. "Chris has an amazing network of contacts at a national level. He has developed a very strong, methodical approach to booking shows. We'll give him strong resources."

Zitterbart, a former musician and local promoter, says having a small, medium, and large club allows the business to maintain relationships with groups as they grow.

"We're going to be putting together a regional model for putting on good, solid shows with the strongest regional bands in our genre," says Zitterbart, "which is heavy metal and thrash and hard rock."

The Jigsaw could add more pieces.

"We want to look at best-of-breed in certain genres," explains Lara. "It's why I wanted to work with the best [club in the] genre, which is Peabody's. And you're going to be seeing announcements in different areas of the local scenes that are similar to this . . . We see ourselves, at some point, doing shows at much larger venues."

• Cleveland's The Promise Hero has signed with TDR Records, which will release the band's upcoming album and re-release its 2006 self-titled debut EP. The Chicago indie label's catalog of punk and emo includes releases by Punchline and Mayfield.

"My goal is to take them as far as I can and get them signed to a bigger and better label for their next release," says TDR owner Michael Hollins. "I see so much potential in these guys to accomplish something great. They write amazing songs."

The Promise Hero plays a potent blend of power pop and emo. A friend had already told Hollins about the group when he met singer-guitarist Bobby Vaughn at a show in Toledo a year and a half ago. The band visited Chicago a few times and struck up a friendship with Hollins.

The group's EP is available now at www.tdrrecords.net, the label's own web store, which Hollins operates. TDR also distributes via iTunes, Interpunk, and Smartpunk.

In August, the record company and group will split expenses for the Promise Hero's trip to Tempe, Arizona, where it will record its full-length debut with producer Jamie Woolford (Punchline, the A.K.A.s, Let Go). The CD is slated for an October release.

"In talks with other labels, a lot of them recommended TDR as a hardworking, up-and-coming label," says guitarist Daniel Weiss. "We really vibed with the owner. He's got a great work ethic and is able to help us financially with putting out a record — which is really great for a band as small as we are."