With Love of Everything and the Dreadful Yawns. Wednesday, March 19, at the Grog Shop. 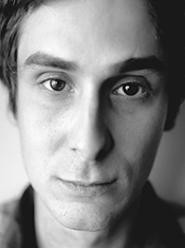 Pause for a moment, music fan, to consider advertising: Do 30-second TV spots reflect or determine the culture? Take one of TV's most enduring commercial campaigns: Miller Lite's "Less Filling/Tastes Great." A group of people engage in a debate more concerned with the rhetorical possibilities of what they discuss than the thing itself.

"Less Filling/Tastes Great" is a fitting analog for the debate swirling around Joan of Arc: A group of people, most of whom own at least one pair of dark-rimmed glasses, argue the myopic question of whether Joan of Arc is "emo" or "post-rock." Passions are enraged -- but not because anyone really likes the music much. For the record, here's one opinion that Joan of Arc is low-cal post-rock: Frontman Tim Kinsella has a bad case of the Jim O'Rourkes -- he wants to be weird and oblique and counter-melodic, but his wailing tremolo gives the pose away. Granted, the new, all-analog So Much Staying Alive and Lovelessness conjures up more interesting sonic frictions than Joan of Arc has managed on past releases, but here's the rub: No one goes on music diets or worries about getting a music gut, so why not just listen to Gastr Del Sol, instead of settling for Gastr Lite?