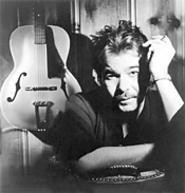 John Prine has had to do a fair share of fighting in his 30-plus years in music. He's tussled with cancer (free of it for the last four years, he says), record labels (he's had his own for two decades now), critics who think he should have made a career out of rewriting "Sam Stone," and those who still regard him as the poor man's Bob Dylan.

Prine, 56, certainly is the poor man's something. Poet laureate comes immediately to mind. Probably no songwriter has better tapped into the spirit of common folks -- and done it in such a nonjudgmental way -- as this Chicago-area native with the deep Kentucky roots. Like Dylan, Prine has not always delivered what others have expected from him. But even those who are critical of Prine's canon can't argue that the man has ever fallen short of his own high standards. And now, with Norah Jones still looking for shelf space for her Grammys, it's worth a reminder that Prine has one of those too (he was honored in 1991 for The Missing Years). Can a lifetime-achievement award be far behind?