A renegade reformer lets power go to his head. 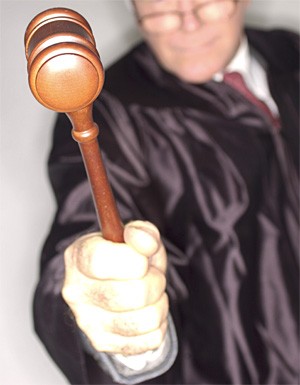 It was sometime in the late '70s that Fred Kanter first met John Plough — a meeting that Kanter wishes never happened.

Plough, the Portage County prosecutor at the time, was trying a drug case in which Kanter was the defense attorney. "He was very low-key," Kanter remembers. "He was a very good lawyer — cool, calm, collected, at least in the courtroom."

After resolving the case amicably, the two started talking about their passion for the racetrack and the bar. They instantly became good friends. "He was fun in those day," Kanter says. "That's when he still ate red meat and drank. We were tight, tight friends."

Then, in 1988, Plough lost his job in the Democratic primary. He started a private practice.

Over the next decade, he and Kanter were connected at the hip. They hit the track, flew to Vegas, and closed down the bars. Their sons even played on the same baseball team, which Plough coached.

In 1999, Kanter fell on hard times. For years, he'd been paying an old lawyer friend and frat brother kickbacks in exchange for client referrals — a violation of the attorney code of ethics. The Ohio Supreme Court suspended him for two years.

That's when he got the idea that Plough should run for judge and hire him as his bailiff. "He had good ideas to make a complacent system less complacent," Kanter says. "So I just pushed him. I became his political consultant, his shrink, sounding board, whipping boy — you name it. And in exchange, I would get a job."

In 2004, Plough ran for a seat on the Portage County Domestic Relations Court. Of the three candidates, he came in dead last. "He just didn't have a good support system," Kanter says. "He's a consummate outsider. He refused to take campaign contributions from lawyers."

The following year, Plough ran again, this time for a seat on the Portage County Municipal bench. Plough's wife and Kanter were largely responsible for running the campaign. They touted his refusal to accept contributions from lawyers as a sign that he'd be an impartial and fair judge. He was the only candidate not recommended by the Portage County Bar Association. Rob Rosenberg, the former president, refuses to say why, but Plough says it was all about "politics; I didn't want to accept contributions from their members. I didn't want to be beholden to anyone. I look at it as a bribe."

As soon as Plough took his seat on the Kent Municipal Court, he began making massive changes — changes that would quickly earn him national headlines.

Kent is a place where drunk driving is more skill than crime, thanks to drink specials that keep the student body properly wasted. On the surface, Judge John Plough would seem to fit this environment. His buttoned-down appearance, accented by a scruffy mustache and a slight runner's frame, seems deceptively forgiving. One glance at his record, however, and it's clear he's not a fan of that whole "innocent until proven guilty" thing.

As soon as Plough reached the bench, he got tough on drug and alcohol offenders. Those charged with DUIs were forced to wear alcohol-monitoring anklets even before they were convicted. Plough also sentenced all DUI offenders to a mandatory year of probation.

Defendants charged with domestic violence didn't have it any easier. Even if they pleaded not guilty, Plough would make it a condition of bond that they immediately attend anger-management counseling. "We weren't reinventing the wheel, but we felt like we were," Kanter says.

While some embraced Plough's tough-on-crime changes, many felt the judge had gone too far. This was municipal court, after all. Plough wasn't dealing with rapists and murderers. Those who came before him were mostly everyday people charged with minor missteps.

The Public Defender's office filed suit against Plough, claiming his bond conditions were unconstitutional. They argued that forcing defendants into anger management before trial was prejudicial. The court sided with Plough. "If I feel a person is a danger to the community, I can set conditions to [his bond]," he says.

Still, defense attorneys were worried that all defendants were guilty in Plough's mind, no matter what. It became a standing policy in the Public Defender's office to request a jury trial whenever possible.

His docket quickly filled up with twice the jury trials of the other two judges combined. Plough didn't have the manpower to manage so much work.

Having run on the promise that he'd cut costs, the judge had cut his staff in half. While the other two sitting judges had three full-time employees each, Plough had no court reporter, and his deputy bailiff was part-time. "We were buried in work," Kanter says. "We were short-staffed, and the docket was overflowing. People started complaining that they had to wait for hours before their case was heard."

That's when Plough's dark side began to show. "He started growing sullen," Kanter says. "It started going to his head. He'd always had sort of split personalities, but now they were beginning to merge."

Kanter also says that Plough became consumed by a battle with the Catholic Church. In 2004, Plough discovered that St. Mary's Church in Ravenna would be cutting down old oak trees in the cemetery where his parents were buried. He sued the parish as well as the Youngstown Diocese, trying to block the project.

For the next three years, he waged a lengthy battle against St. Mary's that went all the way to the Ohio Supreme Court, where his case was eventually thrown out. He still made it clear that vengeance would one day be his.

Ravenna Mayor Kevin Poland, who represented the parish, remembers getting an angry call from the judge. "It appears to me that you are going to hold this case against me for the rest of my life," Poland said to Plough.

"I am," Plough responded.

For the bulk of their friendship, Kanter was one of the few people who could talk sense into Plough. But it was becoming apparent that Plough would listen to no one.

On March 7, as they were closing up shop, Plough approached Kanter about a comment he'd made earlier that week. Kanter had said that he thought things weren't running efficiently. There was a backlog of paperwork, the docket was twice the size of the other judges', and no one could get any meaningful face time with the judge. They needed to work something out, Kanter said.

Instead, Plough told Kanter to get the hell out of his courtroom. "You won't be able to replace me," Kanter said. "This place will still be inefficient, and you'll still be a motherfucker."

The two haven't talked since. Things have only gotten worse for Plough.

For months, defense attorneys and their clients had been complaining about Plough to his boss, Portage Common Pleas Judge Laurie Pittman. But Pittman was already familiar with his erratic temperament.

In 2003, when Plough was an attorney, he threw a fit outside her courtroom, screaming at her bailiff that he didn't have enough time to prepare for trial. Pittman had him arrested. He pleaded guilty to disorderly conduct.

She was concerned that Plough was now handing down unjustifiably harsh sentences, from lengthy community service for litterers to mandatory probation for all DUI offenderççs. And since Plough didn't use a court reporter, lawyers complained that it was impossible to get accurate transcripts of his proceedings. Pittman says he chooses instead to chronicle cases with a tape recorder, "which he turns off and on at his discretion."

In May, Pittman decided she'd had enough. She filed a lengthy complaint with the Ohio Supreme Court, asking it to investigate the judge.

In August, Brian Jones, a public defender fresh from law school, was assigned a misdemeanor assault case just a day before trial. When he showed up in Plough's courtroom the next morning, Jones asked the judge for more time to prepare. Plough refused. When Jones protested that there was no way he could properly defend his client, Plough had him arrested for contempt of court.

Lawyers flew in from around the country for Jones' trial. ABC and CNN made it their top stories. The judge was roundly condemned in the national legal community. "The people of Portage County should be outraged," says Ernie Lewis, chairman of the American Council of Chief Defenders. "When judges deny the right to a fair trial, all people suffer. The innocent are convicted and the guilty go free."

Still, Plough refused to drop the charges and fined Jones $100.

It's stories like these that lead people to believe that Plough is little more than a combative egomaniac. Kanter can no longer defend his former best friend.

On September 18, Kanter sued his old pal, claiming that he'd been wrongfully fired and that Plough still owed him money for work he'd done on the St. Mary's case. The one man who stood by Plough had now joined the ranks of his detractors. "He lost a lot of humanity on the way," Kanter says. "He became very Nixonian. He goes out of his way to make enemies."