Hours: Sunday through Thursday, 11 a.m. to 10 p.m.; Friday and Saturday until midnight 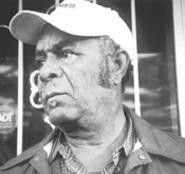 The alternative crowd did it. The metalheads did it, too. So did the neo-hippies. Hell, even the female singer-songwriters put their message of peace, harmony, and womanhood into a package tour, aka a bunch of similar-minded artists lumped together and thrown out on the road together for a month or two during summer. And while Lollapalooza and Lilith may be long gone, new tours pop up every season to take their place. The latest is Fat Possum Records Juke Joint Caravan Tour, a three-artist sampler from "the only blues label that matters" (or so says Spin). Hyperbole aside, Fat Possum has been keeping the antiquated music alive these past few years by releasing some of the most edgy and refreshingly nontraditional blues this side of 1953. T-Model Ford, Robert Belfour, and Paul Jones (combined age: approximately 200) may not hold the cache that vets Eric Clapton and B.B. King or new snores such as Kenny Wayne Shepherd do among modern blues fans, but they should. This is down and dirty stuff, not the sterile variation usually passed off as blues today. It still suffers from anachronistic tendencies (face it, the blues just don't have the same resonance they did 50 years ago, when Muddy Waters and Howlin' Wolf were recording), but it's sure a hell of a lot better than that soulless junk being laid down by Jonny Lang and other contemporary blues practitioners.