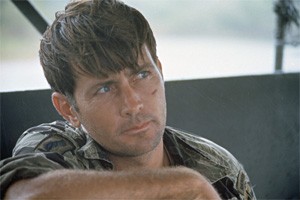 Hearts of Darkness: A Filmmaker's Apocalypse (Paramount)
At last available on DVD, Eleanor Coppola's 1991 documentary about her husband's tumultuous trek downriver remains, easily, the best film ever about the making of a movie and unmaking of a man. Francis Ford Coppola thought he was going to spend 16 weeks in the Philippines making his film about the Vietnam War, only to wind up lost in the jungle damned near forever — during which time he replaced his leading man and lost his mind on the "journey inward." "I'm gonna shoot myself," he says during a secretly recorded conversation with the missus, and she probably believed him. But the doc comes with a 62-minute happy ending: Coda: Thirty Years Later, about the making of the forthcoming Youth Without Youth, during which Francis is all back-to-biz grins and philosophical happy talk. The horror? Long gone. — Robert Wilonsky

Nosferatu: The Ultimate DVD Edition (Kino)
Kino has been stomping mudholes in the competition when it comes to rereleasing classic silent films — which, admittedly, is something of a niche. Latest is this F.W. Murnau vampire gem from 1922, which depicts Count Orlock (read: Dracula) in scary rat-faced-monster mode, as compared to the later, more popular old smoothie portrayed by Bela Lugosi, which gave the world vampire erotica. (Thanks, Bela.) As usual, the digital restoration is stunning. But if Kino has a fault, it's that it's so historically correct as to be stodgy. You'll understand why they attached the original score, but it's still a snooze; an hour-long doc, likewise, is scholarly overkill. Better is a selection of scenes from Murnau's other films, including mind-blowing images of a giant devil standing over a medieval village in Faust. — Jordan Harper

Live Free or Die Hard (Fox)
The best thing about this collection is the unrated version of the pretty-damned-good summer blockbuster — because something didn't feel right about a Die Hard movie in which "Yippee-ki-yay, motherfucker" was trimmed to keep it a kid-friendly PG-13. This Live Free or Die Hard plays lighter and looser than its theatrical counterpart (which is also present here); John McClane is no longer some sanitized, homogenized version of his former shambling self. As far as big sweaty booms go, the fourth Die Hard is the only one that matters after the original. Bruce Willis says as much, over and over, in his interview with Kevin Smith — a nifty bonus among the so-so extras, which include a lengthy making-of doc and (why?) a music video. — Wilonsky

Manufactured Landscapes (Zeitgeist)
The opening scene of this maddeningly uneven documentary is a tracking shot inside a Chinese factory that stretches on and on like the Star Destroyer in Star Wars, and then on and on like that ship in Spaceballs, and even farther — until your mind drifts and you wonder about lunch, and then you come back and the camera is still making its way through that goddamn factory. Huge-scale industrial scenes are the muse of photographer Edward Burtynsky, and the film is wonderful when it serves as a cinematic exploration of his images — rivers dyed orange, stripped mountains, and landfills that are all so beautiful and frightful. They need no explanation — but you'll get one anyway, and that's where things fall apart. Landscapes strives to serve up more inconvenient truths (witness Al Gore in the special features), but Burtynsky's images deserve more complex consideration. Try it with the sound off. — Harper