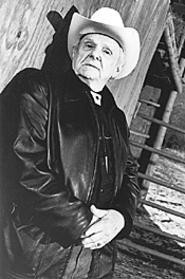 Happy is the person who appreciated the music of Ralph Stanley well before all this O Brother hype. It's one sad commentary on the public's taste that more than 50 years passed before he was "discovered," and that it took a movie -- albeit a low-budget one -- to bring Stanley to a wide audience.

Stanley is 76 years old. He has been playing bluegrass and traditional music since 1949, with his brother Carter until Carter's death in 1966, and since then with his Clinch Mountain Boys, a band that has launched the careers of such country music heavyweights as Ricky Skaggs, Keith Whitley, and Larry Sparks. Before his uncredited cameo in O Brother, Where Art Thou, Stanley was a part of the brilliant 1994 bluegrass documentary High Lonesome.

Stanley's place in the American musical landscape can never be overstated. As it has been said, his voice is not of this century or even the last one. Why should it be? Stanley comes from a land modern life has touched only in the most perfunctory way. Dickenson County, Virginia, is as high and lonesome as Stanley's crackly tenor, and existence there is still, for many, as harsh and unadorned as its most famous resident's claw-hammer banjo picking. Stanley is Appalachia personified -- a historical look at a vanishing culture, set to music.