Saturday, May 17, at Quicken Loans Arena. 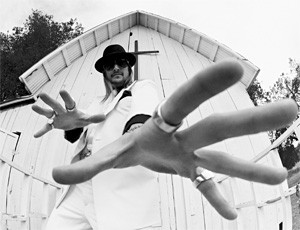 Kid Rock's genre-jumping over the past few years signals a couple of things: Dude's either restless or looking for a way to keep an audience that's grown tired of his white-boy rap. We suspect it's a little of both. The breakthrough Devil Without a Cause (which celebrates its 10th anniversary this year) set a high standard for Rock, who's yet to repeat its commercial and critical success. There's no way he'll ever top "Bawitdaba." Which is why he's moved on to R&B-speckled rave-ups, weepy country twang, and Skynyrd-style southern rock on his most recent albums. His latest, Rock and Roll Jesus, crams in a little of each and sets the tone for the Rock and Roll Revival Tour, which includes guest spots by former J. Geils Band singer Peter Wolf and Run-DMC's Reverend Run.