Does Council really like texting? Or do they just hate Zack Reed? 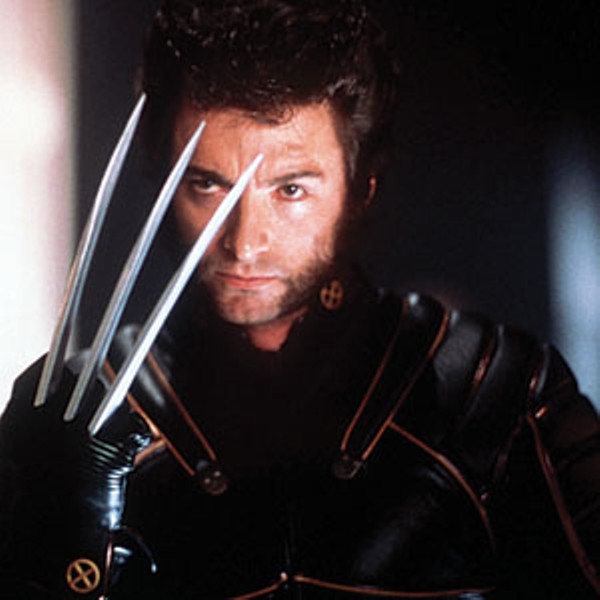 Reed is watching two ordinances he sponsored — one banning text-messaging while driving in Cleveland and the other urging legislators to pass a statewide prohibition — drip through committee after committee. And despite support from safety forces and just about anybody who's seen someone doing this at the wheel, as well as statistics showing the danger to motorists, Reed drew mostly negative comments from members of council on Monday. (And none of them had anything to do with the irony of a twice-convicted drunk-driver pushing so hard to ban something like this.)

Pierce Scott also had an amendment removed that would exempt safety forces from obeying the law.

New Ward 7 Councilman T.J. Dow, a former assistant county prosecutor, wondered how easy it would be to prosecute the law. In five of the eight states cited for passing bans on text messages, he noted, cell-phone use while driving was also banned. "It's going to be a problem [determining] whether somebody was texting or dialing or speaking."

And because he worries about police using the new law as a way to racially profile, Dow suggested the prohibition be enacted only when tied to an accident that causes injury. He'd prefer the state to pass this law too: "There's some issues this body shouldn't be discussing."

Though noting how 82 percent of drivers now use their safety belts — a much higher rate than before a federal requirement was pushed onto the state with leveraged funds — Flask said it would be "certainly feasible" to go that route too.

In the hallway after the meeting, Reed looked exasperated. "See what I'm dealing with around here?" — Dan Harkins

PICKING UP THE PIECES

Things are settling down at the Agora Theater and Ballroom end of the Jigsaw fiasco ("The Jig Is Up," March 18). Agora owner Hank LoConti says Jigsaw owners Phil Lara and Terry Buckwalter are no longer involved with the operation of the legendary Agora.

Buckwalter and Lara technically remain partners in a corporation the three formed in October to run the Agora. And LoConti is working with Buckwalter to make good on some of the debts the Agora accumulated over Lara's tenure, including vendor bills, paychecks and the Black Keys' $50,000 payday for two sold-out concerts in January. Tired of waiting for payment, the group sued in March. Buckwalter, a Pennsylvania anesthesiologist, is paying the band $5,000 a week until the debt is paid.

"I took over the operation," says LoConti. "We split mainly over the Black Keys and the fact that it took so long [to pay the band]. That's not how you do business. Terry has made a personal commitment to try his best to clean up as best as he possibly can. He is doing what I consider the honorable thing. He is working hard to solve as many problems as he can."

But Lara and the staff he imported haven't been running the Agora for three weeks. LoConti reinstated the show booker Lara had ousted.

Lara and Buckwalter bought the Jigsaw in December 2007. In summer 2008, they made substantial down payments on Lakewood's Hi-Fi Concert Club and downtown rock club Peabody's, but quickly defaulted on payments. The distinct Agora deal began in October, just as the credit crunch cut the businesses' lifeline.

A 43-year nightlife-business veteran, LoConti acknowledges that the deal he entered — in which he relinquished much management power — was "a bad move. Or it was a good move, had they been able to follow through with the plan we had. Sometimes you think you need something bad enough, you're willing to give something up. Maybe I didn't do [the research] I needed to do."

When things stared going badly, personal and legal considerations kept LoConti from speaking up sooner. "When you have a business, you just can't change the locks and lock your partner out," he says.

The Agora has announced only two new shows since Lara's short-lived March coup: a ZZ Top tribute group and Cleveland bar veterans the Alan Greene Band. LoConti says he's had to pay for some national shows in advance — a highly unusual arrangement — but booking agencies are respecting his overall history.

"This is still not over," acknowledges LoConti. "I want to help Terry. I believe he wants to do the right thing."

Parma's Jigsaw Saloon and Stage remains closed. Buckwalter and Lara say they plan to pay off its outstanding licensing and tax fees, talk to industry consultants, evaluate its payroll debts and make good on them. They say the restaurant and nightclub will reopen, possibly within 30 days. Both men say Lara will not be actively involved in managing the Jigsaw when it reopens — and claim that he never was, which many former employees would dispute. Still, they maintain that poor management and untrustworthy employees are the reason the decades-old tavern closed after they owned it for 14 months.

"We're taking responsibility to the fact that we overspent," says Buckwalter. "We were the ones who decided who would be paid what and who was going to do what. It's our fault we were overspending and trusting too much on people to come through because they cost more. It got to the point when the credit dried up, that [it was] unsustainable. So hopefully it can be restructured to where everybody can win." — D.X. Ferris

A week before his scheduled execution, Brett Hartmann was granted a stay by the 6th U.S. Circuit Court of Appeals. From the opinion, which was released last Monday: "We find a brief stay of Hartmann's execution is appropriate to permit a determination regarding whether further evidentiary development will support his claim of actual innocence."

Specifically, the judges' opinion mentions the likely perjured testimony of the jailhouse snitch and the DNA from the crime scene which could implicate victim Winda Snipes' boyfriend.

Hartmann received the good news during a visit with his family, who had come to say some final goodbyes. Reporter Phil Trexler of the Beacon Journal was in the room when Hartmann's family got the good news.

Governor Strickland has still not ruled on clemency. Citizens can urge him to do so at governor.ohio.gov. — James Renner

THIS GUY'S A MODERATE?

Last week, Senator George Voinovich, self-described "debt hawk," voted against the Fiscal Year 2010 Budget Resolution. In a statement he said, "I want Americans to know the facts. This budget doubles the already $9.85 trillion debt in five years and triples it in 10 years, continuing huge deficits beyond this administration."

Fair enough — at least it's a principled stand, right? But the same day, Voinovich voted for an estate-tax cut benefiting those worth more than $7 million. The cut would add $250 billion to the national debt. — Frank Lewis

Word of the day: derivation. It's a technical term used by RTA officials to describe what the urban dictionary refers to as "gate jumping" — the practice of using the bus or train without paying to do so.

RTA leaders started using off-duty cops to check for fare crooks when the Euclid Corridor project finished last fall. They've nabbed an average of 250 people a month since. They expect that figure to double in the next month when they unleash their fare guards on the city's Rapid train line that spans the city.

But as one hand taketh, the other giveth back. RTA is asking Cleveland City Council to allow their officers to issue first-time offenders citations that would allow them to pay their $150 fine and $120 in court costs without having to appear in Cleveland Municipal Court — a dynamic that right now only serves to further muddy the dockets with seemingly victimless criminals.

"Having this waiverable is important because we really don't want to clog up the courts," said Transit Police Chief John Joyce. "But we do want their money."

RTA's general counsel, Sheryl King Benford, insists: "We're interested in deterring this behavior. We're providing a public service and you should pay your fare like everybody else." — Harkins

And lovers of hot Aussie mutants! Your city needs you! Marvel Comics says it will hold the world premiere of X-Men Origins: Wolverine, starring Hugh Jackman, in the city that casts the most votes for the honor. Cast yours at x-menorigins.com by April 17. The winning city will be announced on April 20.

Mayor Jackson should have a signal of some sort on top of City Hall for just such emergencies. — Lewis